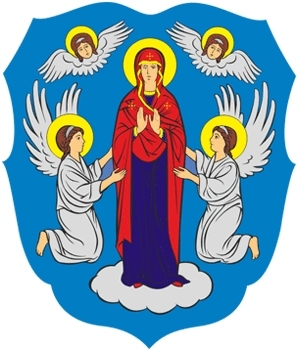 Minsk is the capital of the Republic of Belarus, the largest political, economic and cultural center of the country. Minsk is the administrative center of the Minsk district and Minsk region. The city is located in the center of the country and is equilly further from all regional centers of Belarus. Minsk is among the ten largest cities in Europe in population, and take the third place among the EAEU countries.
The government of the Republic of Belarus, its president, the headquarters of the CIS and representative offices of many international organizations are located in Minsk. Minsk take place at the intersection of major international transport corridors that connect Russia, Poland, Ukraine and the Baltic countries.
The Svisloch River flows through the whole city and devides it by half, which forms cozy promenades for walking, parks and recreation areas. The location of Minsk on the slopes of the Minsk Highlands determines its hilly relief.

Visa-free entry through the crossing point National Airport Minsk. Minsk was the first city in Belarus where tourists without visa come. The capital status of the city, its important role in the economy, business, development of intercultural and diplomatic relations, as well as the rich cultural heritage make Minsk attractive for travelers and businessmen. Today, citizens of 74 countries of the world can discover Minsk and Belarus without a visa when entering through the crossing point National Airport Minsk. You can visit Belarus within a visa-free regime for tourist purposes for a period of not more than 30 days. The list of documents required for visa-free entry to Belarus through the National Airport Minsk is mentioned here. reveal all text

History of the development - Minsk

During the thousand-year history Minsk has grown from a fortified settlement into the center of a principality, province and capital of a European state. For the first time Minsk (Menesk, Mensk) was mentioned in «Primary Chronicle» describing the legendary battle on the Nemiga River in 1067 between the Polotsk Prince Vseslav and the sons of the Kiev Prince Yaroslav. That was a terrible battle, Mensk was destroyed, it was even mentioned in «The Tale of Igor's Campaign». Archeologists found the remains of an ancient fortification on the place where the river Nemiga flows into the river Svisloch. There is a memorial of Minsk castle here today. The first prince of it was Gleb, the son of Vseslav, the founder of the Gleb dynasty who ruled the principality for two centuries.

Since the XIV century Minsk principality became part of the Grand Duchy of Lithuania, the city became a major trade and craft center and received the Magdeburg law in 1499, after almost 100 years the city recieved coat of arms - the image of ascension of Virgin Mary.

In 1569 the Grand Duchy of Lithuania united with the Kingdom of Poland and formed the Polish and Lithuanian Commonwealth. The economic development of the city strongly reduced during the wars of XVII-XVIII centuries because they led to significant destruction and decay.

After the Second devision of Polish and Lithuanian Commonwealth in 1793 Minsk became part of the Russian Empire. That was a period of economic and cultural growth, which was interrupted by the war with Napoleon in 1812. Minsk was occupied by French troops, who considered the city a warehouse, hospitals for French soldiers and shops were opened in temples.

During the First World War, the revolution of 1917 and the civil war, the goverment in Minsk changed several times. In 1919 Soviet Socialist Republic of Belarus was formed with its capital in Minsk, and three years later - Belarus became part of the Soviet Union.

The greatest suffering and destruction Minsk got during the World War II. Despite courageous resistance on the sixth day of the war in June 1941, Minsk was conquared by German troops. During three years of occupation a lot of inhabitants were killed, and the city stayed into ruins - residential buildings, industrial enterprises, cultural institutions were destroyed. The city was liberated on July 3, 1944, today this date is the - Independence Day of the Republic of Belarus.
After the war, Minsk had to rebuild. In 1991, Minsk became the capital of the sovereign state Republic of Belarus. Today, Minsk is a modern European capital, where the economy is developing, new technologies, culture and traditions of ancestors are carefully preserved.

Minsk is the largest cultural and tourist center of the Republic of Belarus. The city with almost a thousand years history has lots to show and surprise tourists. Guests like its architectural masterpieces, unique temples, clean streets and green parks, impressive modern buildings and, of course, character of the Belarusians.

Thousands of tourists from Russia, the CIS countries and far abroad are interested in Belarus and, as a rule, start learning the country from Minsk. One of the symbols, which guests of the capital meet first, is the gates of the city - two eleven-story towers opposite the railway station. The largest watches in the country is installed at one of the towers, its diameter is 3.5 m. At night, the backlight creates an incredible holiday atmosphere at the railway station square.

The special pride of the capital is its main avenue with squares, it's one of the most attractive tourist sites in the country. Nezavisimosti Avenue is the main highway of the city, it is a valuable monument of town planning of the 20th century, which was built in one style - famous «Stalin empire style», which was supposed to embody in Minsk all the best achievements of ancient Rome and Greece architecture. The building of the Central Post Office, GUM, the Palace of Culture of Trade Unions, the circus and others, located on both sides of the broad avenue, impress tourists by their integrity and greatness. For this reason, the central part of Nezavisimosti Avenue claims to be included in the UNESCO World Heritage List.

Unfortunately, the city has not survived the old buildings, because of huge destruction during the Great Patriotic War. The Upper town of Mins and Trinity Suburb partly saved the history of the city.
Upper Town of Minsk is one of the most popular places among the citizens and guests of the capital since the 16th century. It's a vibrant place of the city. The ensemble of the Upper Town, which occupies the modern Freedom Square, Minsk City Hall, the Church of the Blessed Virgin Mary and the Jesuits Monastery, the Bernardine Monastery, the Jesuit College. This is the best-preserved historical part of Minsk, which has now become a platform for various events and celebrations - Days of National Cultures, Jazz Evenings and others, which gather Minsk residents and city guests. It's an incredible observation deck to views the historical part of the city and the Svisloch embankment!

Walk around the Trinity suburb allows to immerse in the atmosphere of the XVIII-XIX centuries. The picturesque historical buildings on the banks of the Svisloch became a symbol of the city and was captured on postcards. Walking through its narrow streets do not be afraid to look into the courtyards, it's like an open-air museum - antique and souvenir shops, art galleries, museums, the oldest pharmacy in Minsk, many cafes invite guests.

The Great Patriotic War played a great role in the history of Minsk and Belarus. Minsk, like other cities of Belarus, has been under fascist occupation. During the war, 3 Jewish ghettos located here, and the largest urban anti-fascist underground in Europe operated. Hitler's protégé Wilhelm Cuba was killed in Minsk. The city was liberated by the Red Army on July 3, 1944. After the war ended, only about 70 buildings remained in Minsk, most buildings were ruined. Today, the great memorials and monuments in Minsk remind that terrible days of the war - an obelisk and an eternal flame on Victory Square, Stela «Minsk - Hero City», monument of Jewish ghetto «Pit», tank Т-34 near the House of officers. You can learn more about the military events in Belarus and be encouraged by the heroism of the people in the unique Museum of the Great Patriotic War. In addition to traditional exhibits, it has entire installations with tanks and aircraft, sketches from the military and peaceful life of Belarusians. The guests of Minsk know that going to museums is not a boring activity. More than 20 museums in Minsk will surprise their visitors with diverse and unusual exhibits. You can enjoy the unique collection of art in the largest in the capital National art museum. It's not just a museum, it's a cultural center for art lovers, where museum quests and lectures take place. You will learn more about the history of Belarus at the National Historical Museum, where you can look at ancient weapons, maps, coins, and archaeological finds. There are some unusual museums in Minsk - Museum «Mini country» with interactive platforms of historical events and cultural sights in Belarus; Museum of the Ministry of Internal Affairs of the Republic of Belarus with an exhibition of retro cars, several Museums of entertaining sciences. You can combine a visit to the museum with a Minsk city tour.

Minsk opens up excellent opportunities for gastronomic tourism and excursions to enterprises for people. To learn the traditions of making beer and taste it go to the Brewery Factory «Alivariya». Fans of technology are recommend to visit the legendary Minsk Tractor Plant, where the main stages of a tractor production, the most important export products of Belarus, will be demonstrated. The secrets of the Belarusian jewelers are kept at the jewelry factory «ZORKA», the largest jewelry manufacturer among the CIS countries. You'll be able to hold gold bars in your hands and buy products in the showroom at reasonable prices. You can book an excursion to these plants on the internet-portal ekskursii.by.

Much attention in Minsk is paid to the development of culture, art and sports. Minsk is a place for many international festivals, exhibitions and competitions. Pobediteley Avenue is the main sports ground of the capital, where all the most modern sports facilities for holding world, European and national championships are located - complex Minsk-Arena, National Palace of Sports, Olympic training center in large and table tennis, Football arena, Rowing House, water park. The Palace of Independence - the residence of the President of the Republic of Belarus is located at this avenue.
Minsk holded the World Hockey Championships 2014, the World Junior Biathlon Championships 2015, the World Skating Championships 2018, the Freestyle World Cup and Gymnastics World Championships, and will also host the II European Games.

A lot of guests attend international festivals, exhibitions, conferences and forums, among them the most famous are International film festival «Listapad», the International Festival of Contemporary Art, International Theater Art Forum «TEART».
Minsk is proud of its infrastructure - a huge number of cafes and restaurants with Belarusian and other cuisines, luxurious hotels of world chains and budget hostels, a developed and convenient transport network, theaters, cinemas, shopping malls, nice parks and squares. Each guest of Minsk can spend time fascinatingly here according to his budget and learn the culture of Belarus.

All individual and corporate tours in Minsk