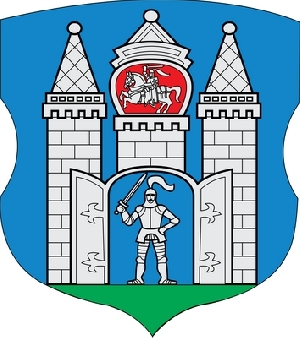 Mogilev is the administrative center of the Mogilev region, one of the largest cities of the Republic of Belarus. The city is located 181 km from Minsk, in eastern Belarus on the river Dnieper. Today Mogilev is a major transportation hub of Belarus. An important European highway E95 (St. Petersburg - Kiev) and the M4 highway (Minsk - Mogilev) pass through the city.

History of the development - Mogilev

According to the archaeological excavations, the first settlements of people on the site of the modern city of Mogilev appeared long before the beginning of our era, and the first settlement appeared around the XI century. Probably, Mogilev was the center of a feudal settlement, which was reliably strengthened and guarded. However, this could not protect the population from the Mongol-Tatars, who plundered the city in the middle of the XIII century.

For the first time in the chronicle sources, the name of the city begins to appear from the XIV century, primarily in the «List of Russian cities, distant and close». There are many legends about the name, among which the most famous is the story about Masheku-the hero. His fate was tragic: the boyar took the bride away, and she betrayed her by marrying another. As a result, the hero dies, and a barrow is poured over his grave. Subsequently, this place began to be called «The Tomb of the Lion», which in abbreviation gives the modern name - Mogilev.

In the XIV century, the city joins the young state - Grand Duchy of Lithuania. Often the city was transferred to the ownership of the wives of the Grand Dukes of Lithuania. A vivid example of this is the award of Mogilev Jadviga, the wife of Grand Duke Yagaila, or Elena Ioanovna, the wife of Grand Duke Casimir. According to the chronicles in the city, a castle was erected, which was a reliable defense against any conquerors. Already in the XVI century, Mogilev became the largest city of the Belarusian Dnieper region, the center of handicrafts and trade. In 1577 he was granted Magdeburg Law, which allowed residents to independently solve internal issues.

A negative impact on the city Livonian War1558-1583, during which many buildings were affected by fire. However, the Russian troops were forced to retreat. The Cossack-peasant wars of 1594-1596 did not pass by. Two weeks was able to keep the city one of the leaders of the uprising S. Nalyvayko, but as a result, the supreme power suppressed both this and all subsequent speeches. The religious life of the citizens of Mogilev was rich in events, especially after the conclusion of the Brest Church Union. The famous preacher of this trend of Christianity, I. Kuntsevich was never able to get into the city: the inhabitants closed the gates. It is worth noting that in retaliation for the punishment for this case, some citizens subsequently took part in organizing the murder of I. Kuntsevich.

Negative impact on the city of war with Moscow State, the Northern War. Proximity to the border constantly put residents in danger and put them in a position of difficult choice. It was near Mogilev that, for example, one of the biggest battles of the Northern War took place - the Battle of Lesnaya - the «mother of the Battle of Poltava»

After the first section of Rzecz Pospolita in 1772, Mogilev was annexed to the Russian state. The city government was immediately reorganized: the Magdeburg law ceased to have legal force, and a council was elected as the city government. Since 1773, Mogilev became the center of the Belarusian Catholic Diocese, all Catholics of the Russian Empire submitted to it. It was at that time that the Cathedral of St. Joseph was built, which became a symbol of the meeting of Catherine II and the Austrian Emperor Joseph II.

The Patriotic War of 1812 year also passed through the territory of Mogilev Region. Near the city there was a famous Battle of Saltanovka, where the hero of this war, General Rajewski, accomplished his feat: wounded with a canister in the chest led by the attack of the Russian troops at a critical moment of the battle. The XIX century for Mogilev was marked by another known phenomenon - the activity of Decembrists. Many future leaders served here: N.N. Semichev, S.I. Muravyev-Apostol, A.A. Avenarius and others. Subsequently, the city became one of the center of the massacre of the participants in the 1825 uprising. Not bypassed this place by the party and the First World War, during which the headquarters of the Supreme Commander was in Mogilev, which affected the later establishment of Soviet power. After the victory of the revolution, the city was still in the hands of anti-Soviet forces for a month under the leadership of Commander-in-Chief N.N. Dukhonin.

The Great Patriotic War became an ordeal for Mogilev, as well as for the whole Of Belarus. When the German troops attacked, the Soviet army together with the inhabitants for a long time restrained the enemy soldiers. The battle on the Buinichsky field, where the famous writer K. Simonov, the author of the Living and the Dead novel, wrote: «I was not a soldier, was a landmark event, but I have a piece of land that I will never forget - near Mogilev». The city was under occupation for a long time, most of the Jews were placed in the local ghetto, the rest of the people were in a difficult situation. The Mogilev underground was active. Known is the feat of the doctors of the 172nd division, who remained in the city to save the wounded Soviet soldiers and send them to the partisan detachments. In 1944, Mogilev was released during Operation Bagration. For courage and resilience, the city was awarded the Order of the Patriotic War, I degree.

After the war, there was a restoration of buildings, industry and cultural life of the city. Today Mogilev is a modern city with all the appropriate attributes. And interesting architecture, unusual monuments and an active cultural life attract more and more tourists here.

Mogilev today is a large regional center, which is considered one of the most densely populated cities of Belarus. This place is literally saturated with history, which is reflected in cultural life and attractions. Every tourist will be able to find the right kind of leisure that he likes: in this regard, Mogilev will be able to surprise.

If we talk about the architecture of the city, then first of all it is worth noting religious buildings. The most famous are the Church of the Three Hierarchs, which has become the main Orthodox church in the city, the Holy Cross Cathedral and the Cathedral of St. Stanislav. Among other interesting historical buildings is the Palace of George Konissky, where the famous figure, educator and writer once worked and lived, City Hall, built at the end of the 17th century and hosting Catherine II and Joseph II (Austrian emperor), and Drama Theater, which is a small copy of the Warsaw Small Theater, decorated with carved wood and stucco. An interesting monument is also Memorial Arch, which was built in honor of the arrival in the city of Empress Catherine II. There will be something to pay attention to and lovers of literally touch on history: the city has many interesting museums and exhibitions. For example, in 1982, the V.K. Byalynitsky-Biruli, which is located next to the place where the artist was born and grew. The city’s famous City Hall houses the history museum, which has already become the hallmark of Mogilev. The art museum of T.V. Maslennikov is famous for its unusual architectural solution, who opened his doors in the early 90s of the last century.

Especially worth noting is the memorial complex «Bujnichi field». This place is a monument to the Victory over the German invaders. In the center of the complex is a red brick chapel, which immortalized the names of the heroes who died in the battles. From the chapel there are four alleys that lead to the exit, the Lake of Tears, the Simonov Stone and the memorial stone of the defenders of the city of Mogilev.

Next to this place is the Mogilev zoo, where they offer not just a walk around the enclosures, but also a ride on the railway among the inhabitants. You can also visit the ethnographic complex «Belarusian village of the XIX century», built in 2006. This open-air museum was created to familiarize tourists with the folk architecture, traditions and rituals of the Belarusians. Here you can not only see, but also independently try your hand at craft. And for those who want to stay longer, the complex provides an opportunity to stay in the hotel.

Other attractions of Mogilev can not be overlooked Stars Square, in the center of which is located the famous Stargazer. Around him are chairs that correspond to the twelve signs of the zodiac, which are particularly popular with tourists. The whole composition is a sundial. Mogilev also has many sister cities, and even brought some flavor to its territory. So, in the city built courtyards, which are reminiscent of Moscow and Tula entourage. Painted walls, stylized playgrounds, a fountain in the form of a samovar - have long been a real highlight of Mogilev. Here it is necessary to carry a small, but already become a business card, a sculpture of a lion. «The lion from Mogilev», as locals christened it, appears on most of the photographs from this city.

In any list tours in Belarus you will definitely find Mogilev. Every year this center attracts more and more tourists, both from Belarus and from abroad. Unique monuments create a special atmosphere of the city, and the developed infrastructure makes it possible to spend time comfortably.

All individual and corporate tours in Mogilev