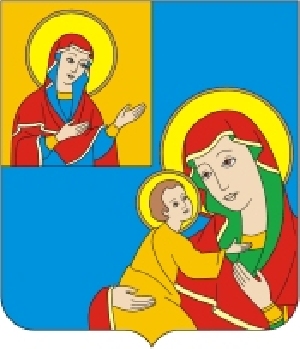 Kobryn is the administrative center of the district of the same name, the fourth largest city in the Brest region. Kobryn is located in the west of Polesye and stands on the banks of the Mukhavets river in the place of its connection with the Dnieper-Bug channel. The city is located 46 km from Brest, 124 km from Pinsk and 300 km from the capital, Minsk. The distance to the border with the Republic of Poland is 59 km, to the border with Ukraine - 40 km. Several large international highways pass through Kobrin - M1 (Brest - Moscow), M12 (Kobrin - the border of Ukraine (Mokrany)), as well as the republican highway M10 (Kobrin - Gomel), which interconnects the regional centers of Polesie. In addition, Republican roads P2 (Stolbtsy - Kobrin) and P102 (the border of Poland is High - Kamenets - Kobrin) pass through the city.

History of the development - Kobrin

Kobrin was first mentioned in 1287 in the spiritual literacy of Volyn prince Vladimir Vasilkovich. Until the first half of the XIV century, Kobryn was in the administration of the Volyn princes, until he became part of the Grand Duchy of Lithuania. In the years 1404-1519 the city was the center of the specific Kobrin principality, which was under the administration of the Kobrin dynasty of the princes Gediminovich. According to archaeological excavations and historical data, wooden Upper and Lower castles existed at the site of the city’s foundation. It is impossible to establish the exact dates of their construction, however, according to the audit data of 1597, it is known that by that time the structures had already decayed. The upper castle was surrounded by a stone wall with multi-tiered wooden towers, and the Lower was surrounded by a moat and rampart. Between themselves, the locks were connected by a drawbridge. Only fragments of the moat have survived to our time.

After the tribe of the Kobrin princes broke off, the principality was transformed into eldership, which since 1532 was part of the Podlaskie voivodship, and since 1566 it has been part of the Beresteysk voivodship. In 1596 Kobrin received Magdeburg Law and Coat of Arms , representing the figures of the Virgin Mary and St. Anne on a silver field.

In the middle of the XVII century, the city was severely damaged by attacks by Cossack detachments: in 1648 Kobrin was plundered and almost completely burned down. As a result of the third section of the Polish-Lithuanian Commonwealth in 1795, the city became part of the Russian Empire, where it became the center of the homonymous county of the Grodno province. One of the most significant events of the war of 1812 is connected with Kobrin in the summer the Russian army for the first time defeated Napoleon's troops. At the same time the city was again destroyed and burned.

In 1915, German troops occupied Kobrin, and in 1919 during the Soviet-Polish war, the city was occupied by the Polish army. In the period from 1921 to 1939 Kobrin was part of the Second Polish–Lithuanian Commonwealth and was the center of the povet as part of the Polesye district. In September 1939, Soviet troops entered the city and Kobrin, like other cities of Western Belarus, became part of the BSSR. In the interwar period, the population of the city was about 15 000 people, 70% of the inhabitants of Kobryn were Jews. After the arrival and occupation of the city by the Nazis (from June 23, 1941), the entire Jewish population of Kobryn was driven into the ghetto and destroyed by October 1942. Kobrin was liberated from the Nazi invaders on July 20, 1944

For the period after the end of the Great Patriotic War, the most rapid development of the city is accounted for: residential buildings, enterprises, cultural facilities, as well as population increase. In 1959, about 13,000 people lived in the city, and by 1970 there were about 25,000 people.

Kobrin has a high tourist potential: the city has preserved many monuments of history and culture. For example, the Kobrin Cathedral of Alexander Nevsky is an architectural monument of late classicism with elements of the retrospective-Russian style, founded in 1864 in honor of the abolition of serfdom. It is noteworthy that the cathedral was built on a mass grave of Russian soldiers who died during the Kobrin battle on July 15, 1812.
Magnificent examples of the unique wooden architecture of Polesie are the Peter and Paul and Nicholas churches, built in the early twentieth and middle of the XVIII centuries, respectively.

After the city was incorporated into the Russian Empire, Kobrin, by personal order of Catherine II, was granted the property of A. Suvorov. The commander himself from 1797 to 1800 lived in the city in the estate «Kobrinskiy klyuch», where currently located Kobrin Military History Museum. The memorial exposition of the museum introduces the life and military activities of the commander.

In addition to architectural attractions, the city can offer one of the newest and most interesting tourist destinations - excursions to industrial production. In Kobryn, the Polesye Plastic Toy Factory is operating, a visit to which will be interesting not only for adults but also for children who can learn how their favorite cars and designers are transformed from unremarkable blanks into interesting and beautiful toys.
Fans of water entertainment and active pastime will be appreciated by the Kobrin Water Park, which has a variety of water slides, fountains and pools, as well as three saunas - Finnish, Russian and Turkish.

Today Kobryn is a modern city, the administrative center of the district with great potential for development.

All individual and corporate tours in Kobrin