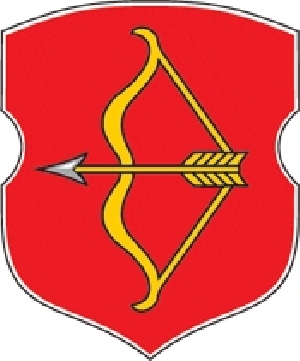 Pinsk is the administrative center of the Pinsk district of the Brest region. The city is located in the south of Belarus, at 180 km from Brest and at 300 km from Minsk. Pinsk is located in the picturesque place of the confluence of Pina river, which gave its name to the city, and Pripyat river. Since ancient times, the trade route «from the Varangians to the Greeks» passed through the city. Pinsk has still not lost its transport significance: today it is a major transport hub where the railways and highways intersect with the Dnieper-Bug waterway.
The city of about 47 km², Pinsk rounds out the top ten largest cities of Belarus in terms of population. It is a large industrial, cultural, and also religious center.

History of the development - Pinsk

The founding date of Pinsk is considered to be November 5th, 1097, when the city was first mentioned in the Ipatiev Chronicle. Until the middle of the XII century Pinsk was part of the Turov Principality, but due to its favorable geographical position on the trade route, the city quickly grew and developed and soon became the center of a specific Pinsk Principality.
In the XIV century under Prince Gediminas, the Pinsk principality became part of the Grand Duchy of Lithuania. In 1521, after the death of the last Pinsk prince Feodor, the principality was ceded to the Grand Duke and Polish King Sigismund I, who, in turn, transferred the land to his wife Queen Bona Sforza.
After the signing of the Lublin Union in 1569, Pinsk became part of the Polish-Lithuanian Commonwealth, and the Pinsk and Berestey lands formed the Brest-Litovsk region, and Pinsk became the center of the county. In 1581, the city received Magdeburg Law and coat of arms; a Town Hall appeared in the city.
In 1793, after the second division of the Polish-Lithuanian Commonwealth, the Pinsk lands were given to the Russian Empire and became part of the Minsk gubernia. In 1822 a branch of the Polesky railways passed through Pinsk. Pinsk has become a significant trade and craft center of Polesie.

During its history, Pinsk has repeatedly met with destruction and ruin as a result of numerous wars: it remembers the raids of foreign princes, the anti-feudal liberation war of 1648-1654, the Russian-Polish war of 1654-1667, the invasion of the Swedes (1706) and the French (1812), the occupation by German troops during the First World War (1915).
At the end of 1917, Pinsk joined the Ukrainian People’s Republic. After the signing of the Riga Peace Treaty in 1921, the lands of Western Belarus, including Pinsk, were ceded to Poland. Pinsk became a county town in the Polesie Region.
In early September 1939, German troops attacked Poland and World War II began. And already on September 20th, 1939, Pinsk was occupied by the Red Army units and the city was annexed to the BSSR. In 1940, Pinsk became the regional center.
From July 4th, 1941 to July 14th, 1944, Pinsk was occupied by the German fascist invaders. The Great Patriotic War caused great damage to the city: more than 60 thousand civilians of Pinsk and prisoners of war were massacred, many buildings were destroyed, equipment was removed.

Today Pinsk is a city with a developed industrial and social sphere.

In terms of the number of preserved monuments of architecture, history and culture, Pinsk is one of the most unique cities of Belarus. By some estimates, it ranks second in this indicator after Grodno. In total, the city has 186 objects of historical and cultural heritage of republican and regional significance.

For nine centuries, civil and religious buildings were raised in Pinsk, during the construction of which local traditions and features of the Polesie architecture were preserved and the achievements of European architects were used. However, numerous wars led to the disappearance of much of the cultural heritage of the city.
Nevertheless, a part of the ancient layout has been preserved in Pinsk. The historical center of the city is a monument of urban planning of republican significance. The Collegium and the two outbuildings hold a unique position - they are the only remaining buildings of the once magnificent ensemble of the Jesuit monastery, built in the 1630s - 1670s. Now in the collegium building there is the Museum of Belarusian Polesie, and the uppermost floor is occupied by the children's choreographic school. The museum has a rich collection, but the most remarkable exhibit is the «Drovar» - a wooden bicycle created in the 20s of the last century in one of the villages of the Pinsk district to replace expensive iron bicycles.

For a long time Pinsk played the role of the spiritual center of Polesie, it is the center of the Orthodox and Catholic dioceses. There have always been many monasteries and churches, some of which have survived to this day. Special mention should be made of the Franciscan monastery, located on the banks of the Pina river not far from the Jesuit Collegium. The monastery complex occupies an entire block of the city and includes the Church of the Assumption of the Virgin Mary, a four-tiered bell tower and residential buildings. Today the corps are occupied by the Pinsk Theological Seminary - the main Catholic educational institution of Belarus. The Church of the Assumption of the Virgin Mary is the cathedral, it is the main church of the Pinsk diocese, including the Brest and Gomel regions. In addition, the church has the status of the Minor Basilica, which is assigned by the Pope. Also, the Church of the Assumption of the Virgin Mary is associated with the name of the first and currently only Belarusian Cardinal Kazimir Swyontek.
In addition to the above other places of worship can be mentioned: the Church of St. Charles Baramey (1782), the Orthodox Cathedral of St. Barbara, an active Orthodox monastery, the Church of the Resurrection of the Sacred, the St. Fedor Cathedral and others.

Among the monuments of secular architecture, the most striking is the palace of the city judge Mateusz Butrimovich, built in 1790. Throughout its history, the palace has changed many hosts - Butrimovich, Orda, Skirmunt; later the house of the bishop, the cinema, the house of pioneers were located here. Currently the city registry office is situated in the building.
Also in Pinsk many architectural monuments that belong to ordinary urban development have survived: administrative and residential buildings, synagogues, homestead houses and others. Of great interest are memorable places associated with the names of figures of national culture (Yanka Kupala, Yakub Kolas, Maxim Bogdanovich, Francis Bogushevich, Napoleon Orda, and others), as evidenced by monuments and memorial signs.

Its location along the Pina River at its confluence with the Pripyat river gives a special touch to the appearance of the city - all the sights are stretched along the river, reflected in its water as if in the mirror and creating an indescribable beautiful sight. The embankment is well landscaped, there is a park, where in the summer there are rides and sports facilities. And on the river, you can take a trip on the boat, which departs from the floating river station, which is a monument to the Polisie wooden architecture. Also, the cruise ship «Belaya Rus» passes through the river station, where you can take a trip from Mozyr to Brest.

All individual and corporate tours in Pinsk