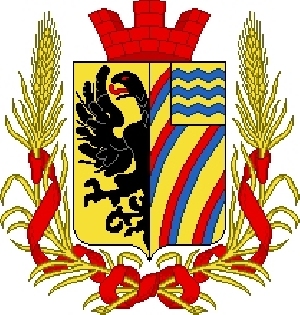 Nesvizh is the administrative center of the district of the Minsk region of the same name. The city is located 131 km from Minsk. A small river Usha flows near the city, from which the Dikiy, Zamkovy, Bernardinsky, Devichy, Alba and other ponds were later created. The nearest train station is in Gorodeya. P11 (Porechany - Novogrudok - Nesvizh), R91 (Osipovichi - Baranovichi), R54 (Perchai - Ivenets - Nesvizh) and others pass through the city.

History of the development - Nesvizh

Nesvizh is a city whose fame has long been beyond the borders of Belarus. The renewed castle of the eminent family of the Radziwills, a beautiful park — that was the basis of such popularity. At the same time, the city is full of other interesting places. The origins lie in the rich history of the place, which began in the Middle Ages. Today, the first mention of Nesvizh is attributed to 1446, when the record of the transfer of the place to Nikolai Yan Nemirovich from Grand Duke Casimir appears in the chronicle.

The next Grand Prince handed over Nesvizh to one of the Lithuanian magnates, Petru Kishke. It was the first magnate race that settled here. But soon Kishka representative Anna married Yana Radzivil , and Nesvizh was given as a dowry. So, for many years the city became the residence of a large Belarusian kind.

Officially, the residence of the prince became the city under the son of Jan Radziwill, Nicolae Radziwill Black, who managed to achieve the title of "prince". The value of possessions increased in 1586: at that time, Nesvizh acquired the legal status of ordination or indivisible hereditary possession. In this status, this place lasted until 1939. The XVI century became the heyday, which is directly connected with Nikolai Radziwill the Orphan. He transformed the city beyond recognition, making every effort to introduce various new products of the time. Many wooden buildings were replaced with stone, all the buildings were put in order and a quarterly system was created, which has been preserved to this day. It is worth noting that Nikolai spent a lot of time in Europe, the countries of the Middle East, where he was inspired by the spirit of the times. Many of the new trends he applied in his residence. Thus, the commoners were freed from many feudal duties, merchants and artisans were actively involved, a bathhouse, school, hairdresser and hospital were built.

In 1583 the story begins Nesvizh Castle . The Italian architect J. Bernardoni originally participated in its creation. In its original form, the building had a quadrangular shape, surrounded by a shaft with bastions at the corners. Modern scientists take an image from a drawing by T. Makovsky, who depicted the scheme in some detail. In the castle there were many secret passages, fortifications and other auxiliary buildings.

At the same time, an Arian school, a printing house and a theater are starting to work in Nesvizh. A typography is quite famous, where in its time the first books in the Belarusian language were published. Symon Budny and Vasil Tyapinsky were printed here. «Komediakhus» - this is the name of the first theater on the territory of Belarusian lands, which was opened by the Radziwills. Gradually, he switched from amateur to professional, and performances were given far beyond the city limits. Nikolai Sirotka invited here the Jesuits, who opened a collegium here. Four classes and the theological department were ready to accept students, the basis of which were the children of the gentry. In 1586, the city was granted Magdeburg Law . Was soon built Town Hall , around which the Market Square was formed. From the 17th century, the trade rows gradually formed, forming a U-shaped contour. Important crossing points to the city were the gateways: Zamkovaya, Slutskaya, Kletskaya and others.

Not by the side of the war Grand Duchy of Lithuania . Thus, during the Northern War in 1706, the city was completely plundered by Swedish troops. The Russian army of Catherine II came here during the conflict with Karol Kohanku. At the end of the 18th century, under the Rzecz Pospolita sections, which were preceded by the struggle of the magnate clans, Nesvizh is part of the Russian Empire. In connection with the holding of the “Jewish village” border in the city, almost half of the residents were Jews, there was a synagogue and seven prayer houses. At the same time, two Catholic parishes and an Orthodox church were actively visited.

The 20th century was the time of transitions from one state to another: the Russian Empire, the SSRB, the Polish state, the BSSR, Belarus. The city suffered severely during the Polish-Soviet, First World War and World War II. But as a result of all these events, Nesvizh was able to recover and become one of the most recognizable cultural centers. Belarus . Today it is a small city, which with great pleasure is visited by both Belarusian and foreign tourists.

As already noted, Nesvizh is a cultural center with a unique developmental history, which is directly connected with one of the most famous families of Belarusian lands. Today it is a modern, beautiful city with its streets and sights, whose name is known far beyond the borders of Belarus. The infrastructure is well developed here, and every tourist will be completely satisfied with the time spent in Nesvizh.

The main attraction is the famous Nesvizh Castle . This is an architectural monument of the late 16th century, the construction of which was begun by Nikolai Radzivill the Orphan on the site of a wooden castle. Its history is fanned by legends, and beauty amazes even the most skeptical tourist. Initially, an Italian Giovanni Bernardoni took part in the creation of the structure, who developed a plan of the palace and park ensemble for the Radziwills. As a result, the castle became the first on the territory of the Belarusian lands a representative of the new type of bastion fortifications according to the Italian system.

Nesvizh Castle survived many wars, was destroyed, but always rebuilt. In Soviet times, a sanatorium was located here, after which they began to renew the former greatness of this palace. Today it is a National Historical and Cultural Museum-Reserve, which opened its doors in 2012. Vokruk Castle is a park consisting of 5 parts: Castle District, Japanese Park, Old Park, New Park and English Park. The museum in the castle today is modern and diverse, audio guides are provided in 6 languages. It should be noted that the Nesvizh Museum conducts active cultural activities. Here are held balls, festivals, exhibitions, first steps. Each guest will be surprised by the breadth of expositions: the Radziwill Library, an arsenal, costumes, furnishings and much more. Of course, it is impossible not to mention the presence of many legends, which are shrouded in the history of this place. The most famous was the story of Barbara Radziwill, or the “black lady of Nesvizh Castle”, whose spirit still wanders through the corridors.

Among other historical attractions are the gates of the city: Castle Tower and Slutsk Brama. Both belong to the XVI century and in their time were important for Nesvizh. The inscription of Karol Radziwill himself, who was known for his non-standard behavior, once flaunted on the Slutsk brahma. After receiving the Magdeburg rights was soon built Town Hall. Subsequently, the building changed its appearance, but today it has acquired its original appearance and is one of the main attractions of the city. Nearby are located trade rows , which appeared in the XVII century, surrounding the town hall from three sides.

One of the most interesting architectural monuments is a residential artisan house "house on the market". It was built in 1721 next to the town hall. The uniqueness of this building is that it is the only surviving example of housing with an unusual facade from the first half of the 18th century. Another popular monument among tourists was the former guest yard: a one-story massive building from the end of the 19th century. The house served its functions for a long time, even during the Great Patriotic War . However, today the administration is located there. local history museum.

As for religious monuments, they are also sufficient in Nesvizh. To this day, the Church of God's Body, erected in the 16th century, and the more modern Church of St. George the Victorious and the Church of the Ascension of the Lord, operate. Former The Benedictine monastery of the end of the XVI century, the architect of which was the author of the Nesvizh Castle Giovanni Bernardoni, was eventually turned into a church, and then became a pedagogical school. From an architectural point of view, the most important part is the gate tower, which has been preserved almost in its original form. The former Jesuit collegium of the 17th century was partially preserved. Later he was turned into a barracks for the Russian troops. Another interesting monument is the Bulgarin kaplitsa. About this place there are several legends, but the official version of the building is that the landowner Bulgarin killed the gentry, for which he was obliged to pay "vir". The trial proceeded for a long time, but at this time the relatives of the murdered frightened Bulgarin. As a result, he decided to build a tower, where they placed the innocent victims. At the same time, he paid for prayers for the next 350 years to the local church. Thus a chapel arose, which today attracts the attention of all visitors to the city.

The local history museum of the city was opened in 1995 and has been actively developing since then. This is one of the centers of the historical heritage of Nesvizh, which can help each tourist to trace the development process, as well as to see many of the objects from other eras with his own eyes. Among the expositions there is a peasant hut of the late XIX century, artisans' shops, the history of the city, a room dedicated to world wars in the territory of Nesvizh, a blacksmith shop, pottery and many others. It is worth noting the presence in the city of many different sculptures, most of which are in the parks near the castle. For example, a mermaid, a monument to a beloved dog or an old poplar.

Every year Niasvizh invites guests to mass events . Among the most famous are the Evenings of the Bolshoi Theater at the Radziwill Castle, Dreams Come True, and the Muse of Nesvizh. All these festivals are aimed at promoting art, history, and also provide an opportunity to win a valuable prize. The global holiday - the night of museums - is reaching a big scale. In Nesvizh, it lasts more than one night and is a large-scale event during which guests can fully immerse themselves in the atmosphere of past eras, try themselves in the role of historical personalities or artisans and much more.

Today Nesvizh is a large cultural center Belarus , which every year attracts more and more guests. A neat and deeply rooted city is ready to provide everyone with an interesting and high-quality rest, full of vivid impressions. Here you can not only see unusual historical monuments, but also stay in a comfortable hotel , visit a cafe and others entertainment places.

All individual and corporate tours in Nesvizh