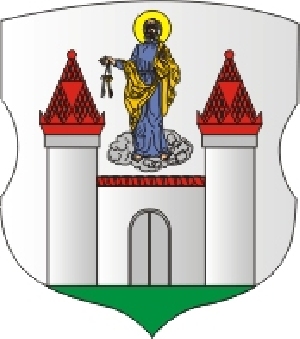 Borisov is the administrative center of the Borisov district of the Minsk region. The city is located on the Berezina River, 77 km from Minsk and enjoys a favorable geographical and transport position, being on the Moscow-Minsk-Warsaw highway. Borisov is also connected by roads of republican significance with Bobruisk and Vileyka. Through the city passes the railway linking Borisov with Minsk and Moscow.

History of the development - Borisov

The first mention of Borisov refers to 1102 and is found in the Lithuanian chronicle due to the fact that the Polotsk prince Boris Vseslavovich, returning from a campaign to Jatvag, founded the city on the left bank of the Berezina and called it by his name. Already by the middle of the thirteenth century. Borisov, due to its favorable geographical position, is one of the most significant trade and craft centers, and by the end of the century it is part of the Grand Duchy of Lithuania.

In 1563 from the Grand Duke of Lithuania Sigismund, the city received the Magdeburg law, which gives the city the right to self-government and exempts from feudal obligations. As a result of numerous wars, the city was repeatedly destroyed and ruined. During the war between Polish-Lithuanian Commonwealth and Russia (1654-1667), the city was alternately occupied by Russian troops and the army of Polish-Lithuanian Commonwealth. The next great damage to the city was inflicted by the Northern War (1700-1721). The coat of arms of Borisov was granted only in 1792 by the last king of the Commonwealth Stanislav Augustus Poniatovsky. On the shield of silver color were depicted two military towers with gates between them. Above the towers stands, standing on a cloud, the Holy Apostle Peter holding the keys to the city in his right hand.

As a result of the second division of the Polish-Lithuanian Commonwealth in 1793, Borisov became part of the Russian Empire and became a county town. Three years later, a new emblem was approved: in the upper part of the shield was located the emblem of the city of Minsk, and in the lower - the emblem granted by Stanislav Augustus Poniatovsky.
A big mark in the history of Borisov was left by the war of 1812. The famous crossing of the French army across the Berezina near the village of Studenka, perhaps, has become the most tragic and gloomy page in the history of the campaigns of Napoleon Bonaparte. During this crossing, most of the «Great Army» of the great emperor perished. To this day, in French, the word «Berezina» is used as a synonym for total failure and disaster.

The impetus to the significant development of the city was the construction of the Moscow-Brest railway, which was completed in 1871. Factories and factories began to be built in Borisov. There were two match factories in the city, paper factories, a glass factory, several sawmills and a shipyard.

In November 1917, Soviet power was established in Borisov, but since 1918 German troops occupied the city. In December 1918, the Red Army entered the city and Borisov became part of the Belarusian Soviet Socialist Republic, and later on February 27, 1919 into the Lithuanian-Belarusian Soviet Socialist Republic. In 1919-1920 as a result of the Soviet-Polish war, Borisov was taken by Polish troops. In accordance with the terms of the Riga Peace Treaty (1921), the territory of Belarus was divided between the BSSR and Poland. Borisov came under the control of the BSSR. Since 1924, the city has become a district center.

From the beginning of the Great Patriotic War, bloody battles were fought for Borisov. In the course of the Belarusian strategic defensive operation, the fighting of the city was led by the troops of the 1st Moscow division from June 30 to July 10, 1941. After the city was captured by the German army, six death camps were created in Borisov, in which It is estimated that more than 33,000 people died. The Jews of the city were herded into a ghetto by the Nazis and practically all were killed. From the Nazi invaders, Borisov was released on July 1, 1944 during the liberation operation «Bagration».

Today Borisov is a large and modern city in which more than 40 industrial enterprises, cultural and sports institutions function. Borisov is known far beyond the borders of Belarus due to the success of the local football team BATE-Borisov is a multiple champion of the Republic, as well as a member of the group stages of the Champions League and the Europa League.

Borisov has a rich tourist potential. Despite the numerous wars that passed through the city, many historical and cultural monuments remained in Borisov. For example, the Borisov Voskresensk cathedral of the retrospective-Russian style, built in 1874. In addition to the Orthodox church, the city has a Catholic Church of the Nativity of the Virgin Mary is an architectural monument of late classicism of the first quarter of the XIX century. Visiting Borisov, one cannot bypass his attention to the monument to the founder of the city - Prince Boris Vseslavovich, as well as the synagogue Khevre tymim.

Monuments near the village of Studenka and on Brilevskoye field near Borisov tell about the tragic events 200 years ago, when most of Napoleon’s army died when crossing the Berezina. In Borisov, on the right bank of the river, preserved earthworks in 1812, built with the purpose of defense of the city. Since 1926, the monument is under state protection.

Learn more about the history of the war with Napoleon in 1812, the events of the Great Patriotic War and the development of the Borisov region in the State United Museum. In addition, the interest is the house-estate I.Kolodeev dedicated to the public figure, entrepreneur and owner of a unique collection of monuments of the war of 1812

Another attraction of Borisov is the sports complex Borisov Arena, which is the home ground of the BATE football club. Today it is the most modern multipurpose football stadium in the Republic of Belarus with a capacity of about 13,000 people. The stadium regularly hosts the Republican and international levels.

All individual and corporate tours in Borisov