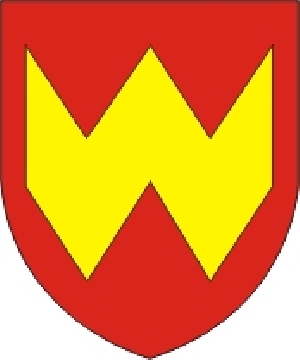 Volozhin is the administrative center of the Volozhin district of the Minsk region. Volozhin is located 75 km from Minsk and 80 km from the border with Lithuania.

History of the development - Volozhin

For the first time Volozhin in written sources is mentioned in the XIV century as a settlement belonging to the family of the first Vilna governor Monvidov. In 1507, Volozhin became part of the Novogrudok Voivodship of the Grand Duchy of Lithuania. From 1567 the city became the possession of the Radzivils family, and from 1614 of the Slushki family, whose representatives founded the Bernandin monastery and school at the monastery in Volozhin in 1681. As a result of the second division of the Commonwealth of 1793, Volozhin was part of the Russian Empire.

In 1803, the city’s owners, the princes of Chartoriskie, sold the settlement to the Tyshkevich family. Tyszkiewicz is erected in the city a complex of palace buildings with a park, a church with a brahma-belfry, a synagogue, a church and a mall in the style of classicism. In the first half of the XIX century. Volozhin is a well-known center for trade in animal and agricultural raw materials. The milling industry was developed in the city, fabrics, clothing, footwear, dishes and household equipment were produced. Worked sawmill. According to the first census of the Russian Empire in 1897, 4,533 people lived in Volozhin.

During the First World War, Volozhin was occupied by German troops, and in 1919-1920 by Polish troops. In the period from 1921 to 1939 the city was part of Poland. Since 1393 as part of the BSSR. Before World War II, almost 7,000 people lived in the city. Since the beginning of the Great Patriotic War Volozhin was occupied by the Nazi invaders on June 25, 1941. The city was liberated from the Nazis on July 5, 1944.

After the war, Volozhin’s administrative affiliation was changed: on September 20, 1944, the city became part of Molodechno Oblast. From January 1, 1963, the Volozhinsky District was liquidated and became part of the Molodechno District. But already on January 15, 1965, by the decision of the Presidium of the Supreme Soviet of the BSSR, the Volozhinsky District, among other 23 districts, was restored as an administrative unit.

Today Volozhin is a modern city, the economic and cultural center of the district with a well-developed infrastructure. The city has several industrial enterprises that produce bakery, confectionery, sausage products, dairy products, building materials, furniture, ceramic products and flax products.

Volozhinsky region is a distinctive, picturesque and in its own way unique region of Belarus with rich historical, spiritual and cultural traditions. In the center of Volozhin there is a unique wooden church of St. Constantine and Helena, built in 1866.

In the center of the city is the Tyszkiewicz Palace and Park Ensemble a monument of classical architecture from the beginning of the 19th century. In the decoration of the architectural ensemble there was nothing superfluous, all the details organically complemented each other. The most elegant was the central part of the residence, decorated with elegant columns and stucco. In parallel with the palace complex Tyshkevichi, the Bernardine church of St. Joseph in the style of classicism was erected in Volozhin.

Perhaps the most extraordinary and unique attraction of Volozhin is the building of the former Jewish yeshiva. It's the first higher religious school to train rabbis in Eastern Europe. More than 37 graduates of the school at different times and in different countries occupied the post of chief rabbi. Volozhinskaya yeshiva was closed at the end of the XIX century. Today the building is transferred to the Belarusian Judean Religious Association, through whose efforts the yeshiva is being restored.

Volozhin is an interesting and attractive city for tourism, which can be visited on a day off.

All individual and corporate tours in Volozhin