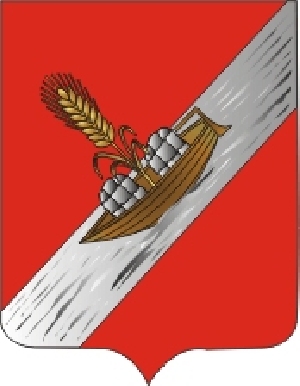 Vileyka is the administrative center of the Vileyka district of the Minsk region. The city is located on the banks of the river Viliya, not far from the reservoir of the same name, 97 km from Minsk and 111 km from the border with Lithuania. Vileyka is connected by roads to Minsk, Molodechno, Smorgon, Myadel and Dokshitsy. Also, the Molodechno-Polotsk railway passes through the city.

History of the development - Vileika

The first people on the territory of Vileyka District appeared 5 thousand years ago. In the X-XIII centuries. on the territory of the district, there was a peculiar border between the Baltic tribes and the Polotsk princedom. The first written mention of Vileyka dates from 1460. Until the XVII century. the settlement was called Stary Kurenets. In 1793, as a result of the Second Partition of the Commonwealth, Vileyka became part of the Russian Empire. The main occupations of the inhabitants of the city were agriculture and river navigation. Across Vilia and further along the Neman, timber and agricultural products were exported to Europe. Every year major trade fairs were held in Vileyka. The volume of trade at urban fairs began to decline only by the end of the XIX century.

At the beginning of the XIX century, the city was subjected to a terrible fire, as well as the destruction caused by Vileyka during the war of 1812. After that, a large-scale reconstruction was carried out in the city and the old buildings were completely replaced. At the end of the XIX century. About 3,500 people lived in the city, most of whom were Jewish. During the First World War (1914-1918) in 1915, Vileyka was occupied by German troops for some time. Again, the German army occupied the city in 1918. As a result of the Riga Peace Treaty of 1921, Vileyka, as part of Western Belarus, became part of Poland, where it remained until the autumn of 1939. From autumn 1939, the city became part of the BSSR. During the Great Patriotic War, the Vileyka district was occupied by the German fascist invaders. During this time, the Nazis destroyed about 15,000 people.

Vileyka is an interesting region with a rich tourist potential. In the vicinity of the city laid several excursion routes. Also, a water expedition «Shlyakham Tyshkevich», dedicated to the expedition of Count Konstantin Tyshkevich in the Vileika district, passes through Vileika. Every year historians, local historians and tourists take part in the event. The city itself also has several attractions. For example, the Church of St. Mary of Egypt is a monument of the retrospective-Russian style, erected in 1816.

Not far from the shores of Viliya is the Holy Cross Church is a monument of Neo-Romanesque architecture with neo-Gothic features, built in the early twentieth century. The city also has a museum of local lore whose exposition reflects the history and culture of the Vileyka region from ancient times to the second half of the twentieth century. Not far from Vileyka, in the village of Zabrodye, a unique open-air museum of the same name has been created, where antiquities are collected, the memory of the events of the past days is being revived and evidence of the First World War is preserved. The most beautiful and large exhibit in this unique museum is the Borisoglebskaya chapel restored in 2003. Also on the territory of the open-air museum there is an extensive collection of Soviet retrotechnology.