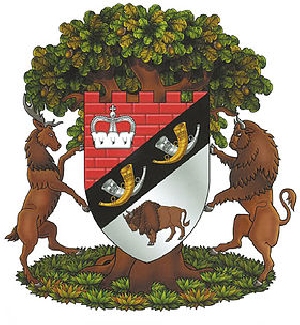 Agrotown Kamenyuki is a small settlement in the north of Kamenets district, Brest region, near the border with Poland. It's located in 17 km from the district's center Kamenets and 50 km from the region's center Brest, the agro-town is the administrative center of the National Park «Belovezhskaya Pushcha». The tourist part of the national park, which is accessible for tourists, is located here. Today, thousands of guests come to Kamenyuki to see the unique untouched relict forest and its inhabitants.

Visa-free entry for visiting the visa-free territory «Brest - Grodno». Kamenets district is included in the visa-free zone for citizens of 73 countries of the world who can come to the Republic of Belarus with tourist purposes without a visa for up to 15 days to visit the visa-free territory «Brest - Grodno». Visa-free regime allows you to visit the national park «Belovezhskaya Pushcha» and stay here on vacation. A complete list of checkpoints for visa-free entry, as well as the necessary documents for this are indicated here.

The village Kamenyuki was firstly mentioned in 1639, the letter saya that on the river Belaya, near the Korolevy Bridge there was a mill where the Kamenikov millers lived. Korolev Most, which was mentioned in the letter, had of great importance in the transport communication, because hunters from Bialowieza (modern territory of Poland) used it to get to the Pushcha.

After the division of the Polish-Lithuanian Commonwealth, the territory of the Pushcha and Kamenyuki became part of the Russian Empire, where one of the leaders of the Polish uprising, Yevgeny de Ronka, lived. In January 1863, there was a clash between a detachment of Roman Roginsky and the Russian troops, and as a result many local residents were killed.

In 1939, the territory of «Belovezhskaya Pushcha» and the district became part of the BSSR, the Belarusian State Reserve «Belovezhskaya Pushcha» was organized here by a decision of the Council of People's Commissars of the BSSR. During the Great Patriotic War, the German military unit was located on the territory of Kamenyuk, the natural resources of the Pushcha were not actually exploited. After the end of the war a part of the Pushcha, together with its historical center - the village of Belovezha, where the administration, scientific laboratory, museum and nursery were located, were ceded to Poland. The administrative center of the Belarusian part of Belovezhskaya Pushcha was placed in Kamenyuki. Since 1964, Kamenyuki became the center of the village council. The greatest development of the village Kamenyuki was connected with the celebration of the 600th anniversary of the reserve regime of Belovezhskaya Pushcha - new cottages and a bridge were built, a hotel, a cafe, a house of culture were reconstructed. Kamenyuki received the status of agrotown.

Kamenyuki is located at the territory of the National Park «Belovezhskaya Pushcha» and exactly it's the reason of its development. The tourist part of the national park is one of the most visited tourist attractions in Belarus! Everyone, who visit the country for the first time, try to get into the forest - the only part of the primeval forest that covered Europe in ancient times. The incredible wealth of flora and fauna, as well as the world's largest bison population is what attracts travelers from all over the world.

Cozy hotel buildings, one of which is directly in the center of the agro-town Kamenyuki, several cafes and restaurants, swimming pool and saunas, rental, souvenir shops, «The museum of nature» were built in the tourist part of the park for comfortable rest. Demonstration open-air cages with wild animals have a particular importance: wolves, lynxes, bears, wild boars and, of course, the mighty symbol of Belarus, bison.
Guided tours are held for visitors of the national park, including the estate of the Belarusian Dzed Moroz, which is located about 17 km from the entrance to the forest.

Agro-town Kamenyuki is a small but modern settlement with basic infrastructure — several shops, a bank, a post office, a cafe, a hotel. You can visit the wooden church of St. George and the chapel located next to it.
Visiting Kamenyuki means touching the world of wild nature.