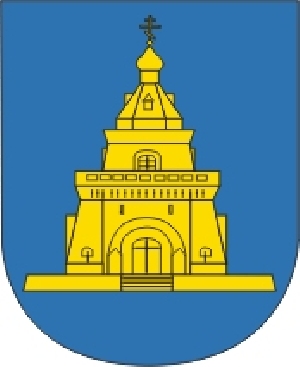 Slawharad - administrative center of the district of the same name in the Mogilev region. The city is located at the confluence of the Pronya and Sozh rivers, 58 km from Krichev, 76 km from Mogilev.
The city has a bus station. Important roads pass through Slawharad: P43 (Border of the Russian Federation (ZvenChenka) - Krichev - Bobruisk - Ivatsevichi), P71 (Mogilyov - Slawharad), P140 (Slawharad - Krasnopolje).

History of the development - Slavgorod

The first record of settlement on the site Propoisk dates back to 1136. In 1197, a settlement reinforced by wooden-earthen defensive walls as part of the specific Mstislavsky principality was annexed by the Prince Mstislav Romanovich to the Smolensk principality.
In 1359, the Mstislavsky principality was annexed by the Lithuanian prince Olgerd to the Lithuanian principality. In the list of Russian cities far and near the end of the XIV century, Propoisk was listed among the cities that belonged to Kiev princes earlier, transferred to the Lithuanian prince Skirgaylo.
Propoisk was repeatedly ravaged by military actions - during the uprising of S. Nalyvayko (1595), during the war of Russia and the Polish-Lithuanian Commonwealth (1654-1667), during the Northern War (1700-1721).
It was the administrative center of the Propoi Starostvo. In Propoisk in 1607 False Dmitri II first appeared, where he was captured as a spy. For 1690 in the town of 3 churches: Prechistenskaya, St. Nicholas and St. George. In 1708, not far from Propoisk, Russian troops defeated the corps of Swedish General Levengaupt.
After the first section of the Polish-Lithuanian Commonwealth (1772), he withdrew to the Russian Empire and was donated by Catherine II to Prince A. M. Golitsyn.
Previously, the city was a port, as symbolized by the anchor on the old emblem of the city, but since 2005 the emblem has been changed, now it depicts a golden monument erected in honor of the victory of Russian troops in 1708 near the village of Lesnaya. In 1851, the Moscow-Warsaw highway passed through Propoisk.
In 1897, in the town of Propoisk, there were 618 yards, 4,531 inhabitants. There were 3 cable factories, 10 forges, 4 mills, 3 grain brooks, 10 oil mills, a steamboat pier, a post and telegraph station, a bread storage shop, 80 shops, 3 taverns, 3 raiding houses and 2 churches.
From September 27, 1938 - urban settlement, from May 23, 1945 - again the city.
During the Great Patriotic War on July 15, 1941, it was captured by German troops, after which, throughout July, the Soviet troops unsuccessfully tried to retake the city. In 1945, the city was renamed Slawharad in connection with the assignment of the division liberating the city as Guards Named «Guards of Propoiskaya Division» turned out to be inconsequential. According to the legend, Stalin personally gave the name Propoisk - Slawharad - personally gave Stalin, inscribing it in the list of cities in honor of which they gave the Victory salute in Moscow. Stalin allegedly decided that «Propoisk» — not too euphonious name for such a historical moment.

It is worth visiting Slawharad for anyone who wants to feel the atmosphere of small Belarusian cities and plunge into the history of their development.
By its position, Slawharad testifies to the skill and taste with which in ancient times they chose places for the construction of cities. Since its inception, water trade routes have been of great strategic importance. In shipping Sozh, on a par with cargo barges that haulers were hauling, since the 19th century, wheeled steamers went with amazing names «Chicago», «Arion», «Sunrise».Every year, the pier of Propoisk took up to 25 merchant ships. An invaluable contribution to the socio-economic development of the city was construction in 1834. Highways Moscow-Warsaw, thanks to which Propoisk has become one of the largest and busiest places. In memory of this on the street. Lunacharsky, at the confluence of the Pronya and Sozh rivers, is a memorial sign «Anchor».
The main attraction of the city is the Church of the Nativity of the Blessed Virgin Mary, which is located in the center of the city. Built in 1791-1793. Prince Alexei Mikhailovich Golitsyn in the style of classicism. The interior is decorated with an iconostasis, paintings and magnificent frescoes, in which there were originally 57 scenes from the Old and New Testaments. Known for those times the master, the bricklayer Luka Ivanov and the Russian architect Nikolay Lvov were invited to the construction of the future temple. The best Moscow painters took part in the painting of the interior walls and iconostasis. Among the artists who painted the frescoes is Vladimir Borovikovsky (the author of portraits of Catherine II, Paul I and many other high-ranking officials of the Russian Empire).
The most famous and significant for the history of the area mound in Slawharad on Zamkova mountain. Located on the high right bank of the river Sozh, near the mouth of the river. Pronya is an area of ​​40-95 m. Elongated from south to north. The height above the river level is about 30 meters, width is 20 meters, the depth of the moat is 11 meters. Archaeological excavations of 1968, 1974, 1988 were carried out on the territory of the settlement. The cultural stratum is 1.8 m., Contains remnants of the Neolithic era, the Iron Age, Kievan Rus, remains of Milograd culture of the end of the XI beginning of the XIII century were found, elements of perforated ceramics were found, a wooden fence of the X century was found. In the 12th century on the territory of the castle site was built.
The chapel, built in 1908-1912 by the project of architect A. Gogen, is a monument to the 200th anniversary of the victory of Russian troops over the Swedes near the village of Lesnoy. Here, on September 28, 1708, a battle took place between the Russian troops led by Peter I and the 16-thousand Swedish corps of General Lewenhaupt. Having defended near the village of Lesnaya, the Swedish army waited for the Russian offensive. The battle began at about noon and lasted 5 hours. The convoy, which arrived to his aid, helped to avoid the complete destruction of Levengaupt. Having thrown all the transport with food, the Swedes retreated to Propoisk (now Slawharad). Only they killed killed about 8 thousand, 750 people were captured. The Russians also had losses - 2850 were injured and 1100 people were killed. They buried their comrades who died in the battle in the village cemetery, and built a small church there.
«Blue Spring» (5 km from Slawharad, near the village of Klina) - a source known from ancient, pre-Christian times. Once a tribe of Radimichi lived in these places. At that time, people revered the water of Krynyi as a deity and shrine and fought for its possession with the princes of Kievan Rus. The last battle with the squad of Kiev Prince Vladimir Radimichi lost. Conquered by the prince, they were forced to adopt Christianity. As a biblical Jordan began to use a local source, which a thousand years ago had the same miraculous power. The baptism of the last pagans took place on August 1, 988. Since that time, on this day - on the new style on August 14 - a mass pilgrimage is made to Krinitsa.
In the center of Slawharad (Leninskaya, 3) there is an alley in memory of the buried villages of Slawharad district affected by the Chernobyl disaster. The monument is set to 16 villages, evicted in connection with the disaster at the nuclear power plant.