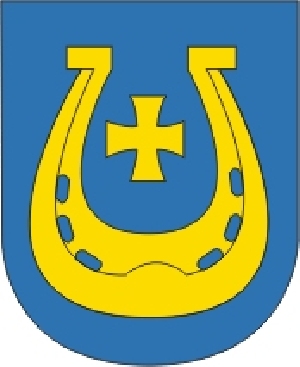 Krugloe - a small town in the north-west of the Mogilev region, the administrative center of Krugloe district. Located on the river Drut, 52 km from Mogilev, 20 km from the railway station Tolochin on the Orsha-Minsk line. The P26 highway (Tolochin - Krugloe - Nezhkovo) passes through Krugloe.

History of the development - Krugloe

Krugloe is first mentioned in 1524. At that time it was a privately owned village of the Orsha povet of the Vitebsk province of the Grand Duchy of Lithuania. Since 1621 it was in the possession of the great Chancellor of the Grand Duchy of Lithuania Lev Sapega. In the second half of the XVIIIth century, Krugloe belonged to Hetman Oginsky. After the first partition of the Polish-Lithuanian Commonwealth in 1772, Krugloe entered the Russian Empire, was owned by Princess Ekaterina Dashkova. At that time, there were 462 inhabitants in the Krugloe, 41 yards, as well as a distillery, a linen factory. During the war of 1812, the main base of the Russian troops headed by Mikhail Kutuzov was located in the town.
According to the data of 1880 in the Krugloe village had 119 houses, an Orthodox church, a public school, a Jewish school, 3 mills, and 3 fairs were held. By the beginning of the XXth century, there were already 1.6 thousand inhabitants, a starch factory, 2 schools and 22 shops. In 1919 Krugloe became part of the BSSR. By 1925 there were 1344 inhabitants and 250 houses in the Krugloe. In 1935 the village became a district center, and in 1938 it became part of the Mogilyov region.
Krugloe suffered greatly during World War II. About 3 thousand civilians died in the village and its environs, many buildings were destroyed. After the war, the village continued to build wooden low-rise houses. In 1967 Krugloe was given the status of an urban settlement. After the general plan was approved in 1975, the settlement began to be built up with four- and five-storey houses. Residential development is concentrated in the central and southern part of the village. In the north is the industrial zone.

Here are located the branch of Mogilyov dairy plant, branch of JSC «Shklovsk flax factory», private pastry factory «Catherine», GUKDSP «Kruglyanskaya PMK-266». There are 2 secondary schools, an art school, a house of culture, 2 libraries, a local history museum, a youth center, a craft house. The newspaper «Selskay zhytsyo» is being published. There is a mass grave of Soviet soldiers and partisans, the grave of victims of fascism, a monument to underground workers, the Alley of Heroes.
On the territory of the region there are 29 monuments of archeology, as well as many monuments and memorable places connected with the events of the Great Patriotic War. Pokrovskaya Church of the second half of the XIXth century is preserved from the architectural heritage in the village of Dudakovichi, Nicholas Church in 1833 in the village of Tubushki. The history and culture of the district can be learned in the Kruglyansky District Local History Museum.