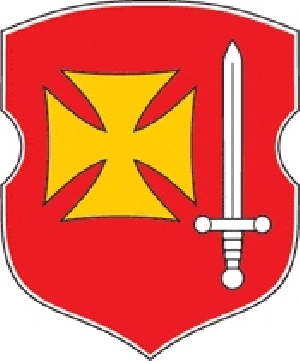 History of the development - Krichev

Krichev is a city in the Mogilev region, which has deep historical roots, while after the war it was almost completely rebuilt. There are several versions of the passage of the name: some believe that it takes its roots from the word «kritsa», which means swamp ore, others prefer the version associated with the Krivichi tribe who founded the settlement. Archaeological evidence suggests that people began to settle here in the 10th century in the floodplain river Sozh. The first written mention refers to the 1136 year. Then in the Charter of Smolensk Prince it was mentioned that the residents of Krichev pay tribute in favor of the church in Smolensk.

Initially, only Gorodets was settled, but over time a new settlement began to develop on the right bank of the Sozh. At the end of the 12th century, the need arose for a fortified center, so the construction of a fortress on Zamkova Gora began. Until the XV century, Krichev was an inconspicuous town in the Smolensk and then Mstislavl principalities. Only at the very end of the XV century, according to written sources, the city was included in the list of Lithuanian. However, over time, a separate volost was allocated, which began to develop. In 1653, Krichev received Magdeburg Law and a coat of arms on which was an image of a golden cross and sword.

Until the 18th century, Krichev managed to be under the rule of magnates Sholuhov, Solometsky-Lukomsky, Radzivils, Mnisheks and others. In the middle of the 18th century, a well-known political event took place here - an uprising led by Vasil Vaschil. As a result, it was crushed by the troops of Radziwill, but went down in history as one of the bloodiest uprisings. Then, in 1772, the city became part of the Russian Empire and became a small town of Cherikov district.

Already in 1776, Krichev became a wonderful gift from Empress Catherine II to his favorite, Count Potemkin, who played a significant role in the development of this place. Being an active and progressive person, Grigory Potemkin began a transformation in the economy and culture. First of all, several manufactories were built: canvas, cable. Also in 1785, the count ordered the founding of a shipyard, where workshops were set up for the manufacture of ships of the Black Sea Fleet and the creation of river vessels. Many of his ships later became part of one of the most famous fleets of the time in the Black Sea. She came here herself Catherine II , who was pleased with the graph transformations. It was a period of rapid growth and development, which left its architectural monuments.

Until the beginning of the twentieth century, the city remained an agrarian-craft center. In 1919, Krichev entered the RSFSR, then became the administrative center of the Krichev district. During the Great Patriotic War the city was under occupation. Three concentration camps were established on its territory, where more than 24 thousand people died. It should be noted that since the beginning of the war an underground was organized here, which obtained information and weapons for the partisans. During the occupation, almost everything was destroyed in the city, but after the war, slowly but surely the ruins turned into a new modern center.

Today Krichev is an industrial center that continues to evolve. There are such enterprises as the plant for the production of slate, concrete products and others. It is quite developed infrastructure: you can have fun in the cafe, look at interesting expositions in museum or stay at Hotel. And friendly people will always be happy to help or talk about local life.

Krichev is a city with a rich history. Most of the transformations in it are associated with the name of Count Potemkin, as well as the main attraction - Palace. This monument of architecture originated in the XVIII century and was built in the style of Russian classicism. The next owner from the Golynskys clan decided to remake the estate and added neo-gothic elements to it. During the Great Patriotic War, the building suffered from military operations, in the postwar period it housed a boarding school. Only in 1988, work began on the reconstruction. In 2008, the Palace Museum opened its doors to visitors. Today the palace is updated and is of historical and cultural value. Inside is equipped with a registrar and Historical Museum, the exposition of which is ready to tell about all the events that once went with the residents of Krichev.

An interesting place in the city is the castle or Castle Hill. Here once stood the very Krichevsky castle, which after many years had fallen into disrepair. Today, only a mountain remains on it, on which stands a church and several buildings. It is worth noting that some fortifications remained and can be seen if you go upstairs. It is also worth mentioning the building of the end of the XIX century to the ithorical monuments. It looks pretty colorful, and inside today live locals.

Although the territory of Krichev is not very big, but there are quite a lot of temples here. The Resurrection Church was built at the end of the 19th century on the site of a wooden one. In Soviet times, the church did not belong to the Orthodox: it housed a cultural center and a cinema. Only in the early 1990s the building was returned to believers.St. Nicholas Church was opened in 1945 on the site of the burned. It is a monument of wooden architecture. She has a Sunday school. Holy Protection Cathedral is also a fairly young structure. The history of its creation is closely connected with the German occupation: Father John Zakharchenko suggested building a church at the burial site of the prisoners of the camp, which was supported by the authorities. It is worth noting that there is a Protestant church in the city.

Among other attractions I would like to mention the building. postal station XIX, which, although it now plays a completely different role, has retained all the architectural features, as well as the distillery, which today represents only the ruins of a former factory. Of the more modern special places can be called the SU-9. This is a monument of World War II, which is a real aircraft of the time. Thus, Krichev is an interesting city, where you can not only see the sights of different times, but also relax comfortably.