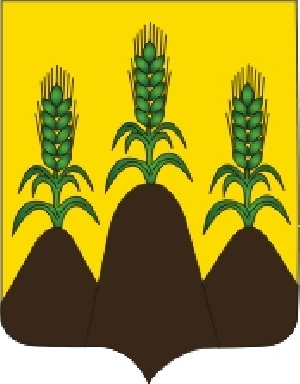 Horki - administrative center of Horki district of Mogilev region in the east of the republic near the Belarusian-Russian border. The city is located on the Prone River (the Dnieper basin), where the Porositsa River flows into it. Horki are 80 km from Mogilev and 270 km from Minsk. Railway station Pogodino on the line Orsha - Krichev is located in the city. Horki are crossed by motorways of republican significance P70 (Mogilev - Lenino), P15 (Lepel - Krichev), P123 (Mostok - Dribin - Horki).

History of the development - Gorki

Horki are first mentioned in «Lithuanian metric» in 1544 as a village in the Vitebsk province of the Grand Duchy of Lithuania. Initially, the estate was in the possession of Prince Drutsky-Gorsky, but in 1584 Horki were transferred to Sapegas. In 1619 Horki received from Lev Sapega «Charter about liberties», «Small Magdeburg Law».At that time, the settlement was the center of the estate, fairs were held here annually. The territory of Horki district was affected by the military events of the Northern War (1700-1721), in 1708 Peter I. even stopped in Horki.In 1717 the city with the surrounding lands was acquired by the prince A. Menshikov, who owned them untill his exile to Siberia in 1727.

In 1772 after the first partition of the Polish-Lithuanian Commonwealth, Horki became part of the Russian Empire. At the end of the XVIII century the estate passed into the possession of Count L. Sologub. During the Patriotic War of 1812 more than 2 thousand people died in Horki. In 1828 the Russian authorities confiscated the estate from L. Sologub. In 1836 the Gorygorets Agricultural School (opened in 1840) was founded in Horki, transformed in 1842 into a higher agricultural school, and in 1848 reorganized into Gorygoretsky Agricultural Institute. Many famous people who left a significant mark in the history and culture of Belarus, graduated from the institute in Horki. Konstantin Verenitsyn, the author of «Taras na Parnase» studied in Horki. During the national liberation uprising of 1863-1864 Horki was the only city of the former Grand Duchy of Lithuania tha was liberated from Russian power. After the suppression of the uprising, the institute was transferred to St. Petersburg. Only the lower classes of the school remained in Horki. In 1867 the coat of arms of Gorki was approved. At the end of the XIX century a postal station, pharmacy, iron foundry, meteorological station began to work here.

After the establishment of Soviet power in Horki in 1919 the Goretsky agricultural institute was restored. In the period from 1919 to 1924.Horki, together with other territories of Eastern Belarus, were part of the RSFSR. In 1925, Goretsky Agricultural Institute was transformed into the Belarusian Academy of Agriculture. In the interwar years, the well-known writer M. Goretsky once taught at the academy. During the World War II from July 12, 1941 until June 26, 1944. Horki was under German occupation.

For several centuries since its opening Belarusian State Agricultural Academy - the oldest institution of higher education in the agrarian sector in the CIS countries and Europe, which is still functioning, Horki were considered the intellectual capital of the region. The Academy was founded in the first half of the XIX century and retained its status and credibility to this day. At the moment, there are 16 full-time and part-time departments at the Academy, where 15 000 students study. The former main building of the 30s of the XIX century in the style of classicism has survived to the present day, as well as several buildings of the late XIX - early XX centuries in eclectic and modern style.

Among other sights, which will surely interest travelers actively interested in the history and culture of Belarus, it is worth noting Church of the Ascension in Horki that was built in 1863. The temple is located in the central part of the city and is a monument of architecture of the retrospective-Russian style.

Building of the dental clinic in Horki is a preserved fragment of the old, pre-war stone buildings of the city of the late XIX - early XX centuries. In 2012, the building was restored to its original appearance.

In District Historical and Ethnographic Museum in Horki visitors of the city can familiarize themselves with the history of the region, the ethnographic features of the area, and the life and lifestyle of people in the county town of the late XIX - early XX centuries.