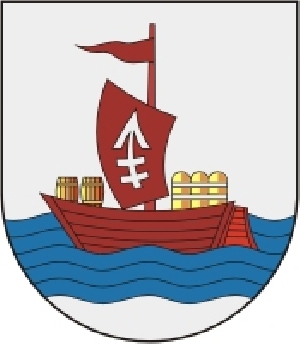 Beshenkovichi is the administrative center of the Beshenkovichsky district of the Vitebsk region. The settlement is based on the shores of the Western Dvina. Beshenkovichi is located 51 km from Vitebsk, 83 km from Polotsk and 211 km from Minsk. Beshenkovichi is a major automobile hub. The village is connected by roads with Vitebsk, Shumilino, Ulla, Lepel, Chashniki and Senno.

History of the development - Beshenkovichi

From the beginning of the XVII century, Jews began to move en masse to Beshenkovichi, who subsequently constituted the sick part of the village’s population. In 1630, Beshenkovichi bought the Vilna voivode Leo Sapega, during which active development began: the village received the status of a small town, and stone houses began to be built in Beshenkovichi. In the XVII century. In the town, one of the largest marinas on Zapadnaya Dvina was built, which called for sending goods along the river to Riga and back. In Beshenkovichi, two major fairs were held annually, which brought together up to 5,000 people from both the territory of modern Belarus and from Russia and Western Europe. At the end of the century, the place becomes the property of the Oginsky clan.

During the Northern War (1700-1721) in 1708, the Russian army of Peter I quartered in Beshenkovichi. The Russian Tsar visited Beshenkovichi three times. As a result of the First Section of the Polish-Lithuanian Commonwealth in 1772, the Zadvinsk part of the city was ceded to the Russian Empire. The rest of the city finally became part of Russia in 1793 after the Second Partition. In 1783, Khreptovichi became owners of the Beshenkovichs (on the left side of the Western Dvina), who owned the town until the beginning of the XX century.

During the war of 1812, the French army and Napoleon's headquarters were stationed in Beshenkovichi. In addition, in the vicinity of the town there were several clashes between French troops under the command of Marshal Murat and the Russian army of Barclay de Tolly. From the French Beshenkovichi were released October 20, 1812

In the second half of the XIX century, Beshenkovichi was already a fairly large and developed city. In the town functioned a public school, two tanneries, as well as a brewery, founded back in 1780 by M. Oginsky. This brewery was considered the oldest in Belarus. The main streets of the city were paved, and along the Zapadnaya Dvina through Beshenkovichi from Ulla to Vitebsk steamers regularly went. Most of the population of the city were Jews. By the end of the 19th century, there were five synagogues in Beshenkovichi and there was a Jewish public school.

November 26, 1917 Soviet power was established in Beshenkovichi. In 1924, the Beshenkovichi District was formed, and in 1938 the town received the status of a town settlement. During the Great Patriotic War, the Beshenkovichs were occupied by German troops from July 6, 1941 for three years. During this time, the village was almost completely destroyed. During the occupation, the fascists created a Jewish ghetto in Beshenkovichi, in which about 3,000 people were killed during its existence. From the Nazis Beshenkovichi were liberated June 25, 1944 by the troops of the 1st Baltic Front.

Today Beshenkovichi is a modern district center with developed industrial production. In addition to the factories in the village, there are educational and cultural institutions, a district newspaper is published, there is a bus station and a hotel.

The palace and park ensemble of Khreptovichs the last owners of the Beshenkovichs, remained in the center of the urban settlement. The palace and park ensemble is a monument of architecture of the era of early classicism. The complex was built in the late XVII - second half of XIX centuries. Construction of the complex was the beginning even under Oginsky. The architectural ensemble consists of a palace, outbuildings and a park with a pond.

Not far from the bank of the Zapadnaya Dvina, the St. Elias Church is located the monument of architecture of the retrospective-Russian style built in 1870. The temple is remarkable because it contains unique icons of the XVII-XIX centuries.

Beshenkovichi has its own museum of local lore. The exposition of which is devoted to the history of the Beshenkovichsky district: the events of 1917, the civil war, the post-war reconstruction period. The main place in the museum is devoted to the section dedicated to the Great Patriotic War: defensive battles in the summer of 1941, the creation and activities of underground organizations and the partisan movement, the liberation of the Beshenkovichi district in 1944.

You can visit Beshenkovichi on the way to Vitebsk or Polotsk.