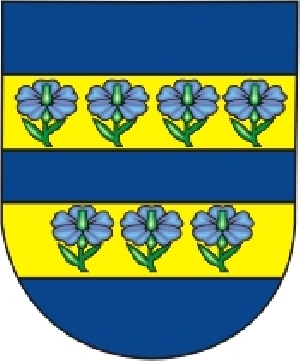 Korelichi is a city settlement, the administrative center of Korelichi district of the Grodno region. Korelichi located 26 km from Mir, 26 km from Novogrudok and 124 km from the city of Minsk.

History of the development - Korelichi

For the first time, Korelichi is mentioned in written sources under 1395 in connection with the attack on the settlement of the Teutonic Order of the Crusaders. At that time, Korelichi was part of the Grand Duchy of Lithuania, later - in the Commonwealth. In the XV century, the place belonged to the Grand Dukes of Lithuania. In the second quarter of the seventeenth century. Korelichi passed on to the magnate family of the Radziwills, under which the town begins to develop actively. In 1736 a weaving manufacture for the production of tapestries, founded by Mikhail Kazimir Radzivil, opened in Korelichi. Production of the Korelichi manufactory decorated the interiors of the Nesvizh Castle. Today tapestries from Korelici are in the collections of museums in Poland and Ukraine. Later a fabric factory was established in Korelichi. Also at the factory weaved carpets, tapestries and belts, which in their quality were not inferior to the famous Slutsk belts. Gold threads were used to decorate woven belts; blue flax flowers are depicted on the belts, which were part of the pattern on the products. In 1793, Korelichi became part of the Russian Empire as a result of the second division of the Commonwealth.

During the First World War (1914-1918), the front line passed through Korelichi, as a result of which the settlement was occupied by German troops and later destroyed. In the period 1921-1939. Korelichi were part of Poland, were the center of the commune of Novogrudok district. Since 1939, the village became part of the BSSR. From the very first days of World War II, Korelichi was captured by the Nazis. During the war, more than 1,000 people were killed in Korelichi district. Korelichi was liberated from the Nazi invaders on July 8, 1944 by the troops of the 2nd Byelorussian Front during the Belostok offensive operation.

Today Korelichi is a modern settlement in which enterprises of the food, light and woodworking industry, cultural and educational institutions function. In addition, Korelichi is also a center for artistic weaving.

Korelichi is a small urban-type settlement in the Grodno region. While in Korelichi, you can visit a small museum of local history in which exposition presents items found during archeological excavations in the settlement of Mir. These are implements of labor, household items, ceramics, glass, tiles. Also in the museum's exposition includes coins and banknotes of different periods, photographs, paintings, graphics, sculptures, stuffed animals, printed publications and edged weapons.
Also in Korelichi there is a memorial complex to Soviet soldiers and partisans, opened in 1972 in memory of the villagers, Soviet soldiers and partisans who gave their lives for the liberation of Korelichsky and surrounding areas during the Great Patriotic War from German invaders.