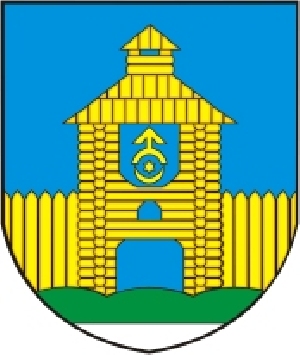 Dyatlovo is the administrative center of the Dyatlovsky district of the Grodno region. The city is located 180 km from Minsk and 134 km from Grodno on the Dyatlovchanka River. The railway line Lida - Baranavichy passes through the territory of the Dyatlovsky district, and the roads M11 (Border of the Republic of Lithuania (Benyakoni) - Lida - Slonim - Byteni), P10 (Lyubcha - Novogrudok - Dyatlovo) and P108 (Baranovichi - Molchad - Dyatlovo).

History of the development - Dyatlovo

The first mention of the city Dyatlovo dates back to 1498, when the place Zdescholo was donated to Hetman Konstantin of Ostrog by the Grand Duke of Lithuania Alexander. At the same time, he gave him the right to found a place here, which at that time was very profitable. Konstantin Ivanovich did a lot for this settlement, but eventually sold the land. Then Dyatlovo passed from one owners to another. At various times, the owners were representatives of the genera Sapieha, Polubinsky, Radziwills , Soltan. It was under Sapieha in 1646 that the town was built Church of the Assumption of the Blessed Virgin Mary , which has reached our days.

During the Northern War, Dyatlovo himself visited Peter I , since his leading forces settled here in the winter quarters. So, the Russian army waited for the cold season in 1707-1708. After the division of the Rzecz Pospolita between the three states, the town passed to the Russian Empire as part of Slonim district. Having survived the occupation during the First World War and the Soviet-Polish wars of the 20th century, this territory was subordinated to the Polish state until 1939.

The real tragedy for the residents of the Dyatlovsky district was the Great Patriotic War . For almost the entire period, the city and the nearest villages were under German occupation, during which more than 12,000 people died. Many villages, the Great Will, Towns, Dubrovka and others, suffered the fate of Khatyn. It is worth noting that a partisan detachment in which a hospital was located was actively operating near the city. Here everyone knows the hero Iosif Yuryevich Filidovich, who repeated the feat of Ivan Susanin, pointing the Germans to the road to the swamp. In the summer of 1944, the city was liberated during Operation Bagration.

Today Dyatlovo is a modern city of the Grodno region, which has a great tourist potential. The economy and cultural life, as well as sport are actively developing here - there is our own football team «Belaya Rus». In 2017, a new church was opened - the Cathedral in honor of the new martyrs and confessors of the Russian Church. Well developed infrastructure , historical monuments and good nature of the locals will surprise and delight all visitors to the city.

Dyatlovo today is an attractive destination for tourists. It has its own historical monuments, which are covered with fascinating legends, religious buildings, as well as unique health sources. At the same time, the city has hotel , where you can relax comfortably, and various places for entertainment. It is good to come here for a relaxing holiday, recovery and enjoying the spirit of history.

One of the main attractions of the city was Palace . Someone calls him by the name of the creator Radzivilovsky , someone - by the name of the last owner - Soltan. This family nest was built in 1751. It was decorated with decorative elements that are inherent in the Baroque and Rococo styles, and next to it were farm buildings and an English-style park. At one time there were luxurious receptions, balls and other events, but the last owner, Adam Soltan, was convicted by the authorities for participating in the uprising of 1830-1831. As a result, the palace became state property and became a hospital. After it there were barracks, elementary school, boarding school for girls and a dental clinic. Today the building needs a new owner. And on the main square you can see buildings - beautiful unusual houses, which, like now and now, are occupied by shops.

Among the religious monuments stands out Church of the Assumption of the Virgin . This temple was built in 1624 on the initiative of Lev Sapieha , but during its existence it often experienced fires and destruction. As a result, he acquired the features of the Vilna baroque. The temple operates today. Another monument is Savior Transfiguration Church , which was first opened in the XVIII century, and then replaced by a stone building. This temple has many secrets and legends. It is believed that it was there that Peter I said his prayers, and during the war in 1942, right on the altar, medical operations were carried out to partisans. Another interesting architectural monument is the catholic chapel of the XIX century, which is located in the local cemetery.

Dyatlovo district is famous for including unique sources radon waters , which are used in medicine for healing the body. They are considered extremely useful, because they were built near their deposits health resorts , which today are very popular not only among Belarusians, but also among foreign citizens. Dyatlovo is a neat Belarusian city that can be an excellent choice for a small trip around the Grodno region.