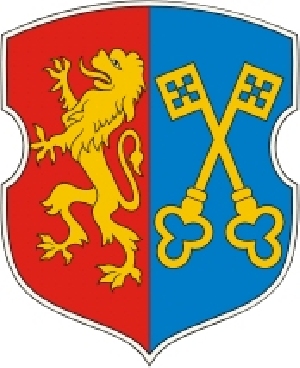 History of the development - Lida

When exactly the city arose today is difficult to say. Probably in 1180 the settlement already existed. However, the official year of the founding of the city is 1323, when Prince Gediminh ordered to build a castle here. This decision was strategically important, since Lida was located on the territory that the Crusaders repeatedly attempted to seize. Because of this, the construction of a defensive structure became the right action. The castle was erected in the place where the river Kamenka flowed into the river Lida, on an artificially laid island. A large ditch was dug near the walls and filled with water.

After the death of Prince Gedymin Grand Duchy of Lithuania was divided into parts, Lidsky went to one of his sons, Keistut. Next, the city passed to Prince Olgerd, and he in turn complained about the castle to his attorney - Voidyle. After the death of the last Lida again passed into the possession of the Grand Duke, this time they became Jagiello. In 1392, as a result of the surrender of the castle to the Crusaders, who at that time helped Prince Vitovt to fight for power, the Ostrovsky agreement was signed. It proclaimed the end of the internecine war and in fact gave Vitovt the right to rule the Grand Duchy of Lithuania.

Until the beginning of the 16th century, Lida was one of the most important cities of the Grand Duchy of Lithuania. At one time, Khan Tokhtamysh lived in the castle, then Hadji Giray, the prisoners' wife and children of Smolensk Prince Yury Svyatoslavovich spent some time here. Lidchane actively participated in all the wars of the great princes, for example, the Lidus horugwa was displayed in the general army at the famous Battle of Grunwald in 1410. Since the time of Stefan Batory, Jews, who were engaged in trade, begin to settle here, which led to the active development of the city. In 1590, the Grand Duke Sigismund III confers on Lida a letter of autonomy (Magdeburg Law).

It was hard for the inhabitants of Lidchina during the Cossack-Peasant War 1654-1663. At that time, the Ukrainian Cossacks plundered this territory, then came the year of famine, an epidemic, and in 1659 the Russian army of Khovansky came here, which breaks into the castle and destroys most of the inhabitants. Given the misfortunes that have fallen on this city, King Vishnevetsky gives residents certain privileges that help to restore the economy. But in 1679 a great fire happens in Lida, which claimed many lives and destroyed residential buildings. Not having time to recover from this misfortune, the Swedes burn the city. The next representative of the government ON ON August III continues to help the residents of Lida, in particular, he frees them from military service, and also revises the city payments.

After the third section of Rzecz Pospolita in 1795, the city passes to the Russian Empire. Next, residents witness the arrival of Emperor Alexander I, the war of 1812, the uprising of 1831. In the XIX century, more than once the residents of Lida experienced major fires that claimed the lives of people and destroyed buildings. At the same time, the industry is actively developing, the railway is being built, the number of infrastructure facilities and enterprises is growing. Until the beginning of the 20th century, there were 14 factories and factories, 4 major fairs were held during the year, banks and notary offices were operating, hospitals and educational institutions were opened.

As a result of the Soviet-Polish war and the signing in 1921 of the Riga Peace Treaty , Lida became part of the Polish state as part of the Novogrudok voivodeship. It was one of the most neglected regions of Poland, but the geographical position and active local population allowed Lida to raise her level. New enterprises were opened: sawmills, the chemical factory Korona, the shoe factory Ardal and others.

The Great Patriotic War came to the city on the very first day: on June 22, enemy aircraft began to bomb Lida. The authorities began to evacuate, but the German army was already approaching the city. The occupation was accompanied by bloody terror, the documents testify to the systematic destruction of the population of the city. On May 8, 1942, a mass execution of more than 5.5 thousand inhabitants occurred. Despite the difficult situation, underground activists were active, including Alexander Klimko, Masha Kostromina, Anatoly Kachan and many others. The city was liberated during Operation Bagration in 1944.

After the war, the city and industry were restored. Residential complexes and cultural facilities were actively used. Today Lida is a modern large city, the administrative center of the district where large-scale events are held every year.

A city with a rich history, preserved monuments and modern infrastructure - this is how Lida appears before the eyes of residents and tourists. This is the place where the ancient castle perfectly combines with modern industrial facilities. Coming to Lida is an excellent choice for anyone who wants to get acquainted with the history and culture of Western Belarus.

One of the iconic places for guests is Lida Castle. Historical sources report that it was built by the Grand Duke Gediminas in the first half of the XIV century. The place was chosen specifically to make it difficult for the castle to approach the castle in the future. Today the castle has been restored and is open to tourists. Every year there are jousting tournaments, theatrical performances.

Among the architectural monuments in Lida it is worth noting the religious: Church of the Exaltation of the Holy Cross XVIII century, St. Michael's Cathedral of the beginning of the XIX century and the modern church of Panteleimon the Healer, which pleasantly surprises with external decoration. There are other monuments in the city that attract the attention of all tourists, and some of them have already become a real visiting card. A striking example is the sculpture of Vasya the bathhouse attendant, rubbing his nose and whose hand, many hope to find happiness. Not far from the city center there is a monument to Francis Skaryna by sculptor Valeryan Yanushkevich. Gesture - a raised hand indicates the wisdom, knowledge and power of human thought. Interesting is the sculpture of a sundial, which is carved on the side of a granite stone. The error is approximately 5 minutes.

Lida is also famous for its Mound of Immortality, which is dedicated to the Great Patriotic War. It was filled up in 1966 and is a pentahedral pyramid. A capsule is built into the mound, around which they began to pour the sacred land brought by various delegations. In 1973, the monument was supplemented with inclined pylons, which became symbols of artillery guns.

One of the main attractions of the city is Lida Beer Factory. This enterprise has been operating for more than 140 years, and its fame has long gone beyond the borders of our republic. Factory employees can offer a detailed tour of the shops of the enterprise, talk about the nuances of production, types and rules of tasting real beer. Such excursions are very popular.

Every year one of the largest festivals of Belarus - Lidbeer. This is a celebration of hops, malt and water, to which not only Belarusians come, but also guests from neighboring countries. All day long there is music in Lida, handicrafts are sold and, of course, everyone is trying the famous local beer. In the evening, guests will enjoy a gala concert featuring pop stars. Belarus, Russia, Ukraine.

Today this city is an integral part of the Belarusian history and tourism. Its popularity is growing every year, and various events only reinforce the desire to visit the place where the Grand Duke Gedimin once decided to build a castle.

All individual and corporate tours in Lida