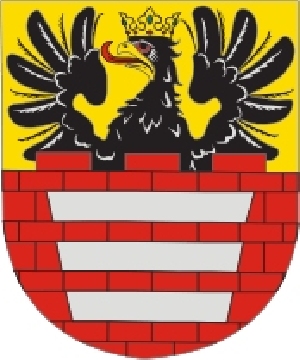 Mir is an urban settlement in Korelichsky district of Grodno region. The city is located on the Miranka River, 87 km from Minsk, 195 km from Grodno and 24 from Korelichi. The world is located not far from one of the main Belarusian highways - M1 (Brest - Minsk - border of the Russian Federation), and the roads P11 (Porechany - Novogrudok - Nesvizh) and P64 (Stolbtsy - Mir) pass through the town itself.

History of the development - Mir

Known far outside of Belarus, the urban settlement World has deep historical roots, and its development is closely related to Castle. The first mention in written sources refers to 1434 year, when the World was presented to Marshal Senka Gedygoldovich. The following mention is also associated with the transfer to another owner. This time they became Anna’s adoptive daughter Anna Butrimovna. The next owners were Milochna, wife of Senka, and Yuri Ilinich, brother of Senka, who began the construction of the castle. The appearance of today's building suggests that the cause of the construction was an external danger. Indeed, at that time, the Crimean Tatars were often in the territory of the cities of the Grand Duchy of Lithuania, and in addition to them, the state itself between the feudal groups was restless. The descendants of Yuri Ilyinich had aversion to one of the most influential people of that time, Mikhail Glinsky. But, as noted by many historians, there was an internal reason: the owner of the World wanted to get a count.

The first were built five towers, each of which had its own characteristics, and together they created a defensive complex, from which it was convenient to flank fire along the walls. Ilinichi could not fully complete the creation of the castle. The last representative of this kind in the will indicated the name of a cousin, who by luck was Nikolay Radzivill Orphan. It was he who continued the construction. Residential buildings were erected, the existing towers were strengthened, and earthworks were piled around. However, the Radziwills could not fully settle here: not far from the World, their own representative was waiting for them Nesvizh Castle. Over time, the residence was moved there.

The settlement continued to develop in peace and tranquility until 1655, until the war between Rech Pospolitaya and Russia brought devastation to this place. The Cossacks of the famous rebel Ivan Zolotarenko and the army of Alesya Trubetskoy plundered the world. As a result, for about 30 years, the castle was in disrepair. At one time, Mikhail Kazimir’s wife Catherine Sabeskaya tried to put the castle in order, but the next war (the Northern War of 1700-1721) did not allow the completion of what had been begun. Only at the beginning of the 18th century, one of the Radziwills, nicknamed «Rybonka», began to regain its former greatness to the castle. It was during his time that wonderful halls were created, decorated with oak parquet floors and gilded ceilings and much more.

In the middle of the 18th century, one of the most unusual members of the Radzivils family lived in the castle - Karol Stanislav, or «Pan Kohanku». With him, unprecedented feasts, balls and mass hunting trips were held in the World. After him, Dominic Jerome Radziwill, who decided to support Napoleon during the war of 1812, became the owner of the settlement and the castle. He died early, and his possessions were divided between his brother and daughter Stephanie. The latter, in turn, married the Russian Count Leo Wittgenstein. As a result, litigation over tenure began, ending only in the middle of the 19th century with a decision in favor of the Wittgenstein family. However, at that time he moved to Germany, and according to the law of the Russian Empire, foreigners were not allowed to have possessions in the state.

After long trials, Worldly land regained owners, this time it was the Cossack Nikolai Ivanovich Svyatopolk-Mirsky. He actively began to equip the town: he built a two-story palace, a distillery, created a reservoir with islands, which perfectly complemented the English park. His son Michael continued working and lived in the castle until 1938. He was buried in the tomb in the park next to the castle. Next come the Red Army troops, who brought and new power.

In Soviet timesthe building was used as a production artel, during the occupation there was a ghetto. In the first decade after the Great Patriotic War, ordinary people lived inside, whose destruction was deprived of their homes. Only in 1983, restoration work began in the castle, and it goes to the State Art Museum of the BSSR. The first exposition became available as early as 1992 - the South-West Tower was open to the public. And in 2000, the complex was on the list of UNESCO World Heritage Sites. Fully lock opened in 2010 and later received status independent museum.

Today, the World appears to the eyes of every tourist as a small, well-kept urban village in which a beautiful castle towers. The world is famous not only for its architectural monuments, but also for its inhabitants, among them Yanka Zaprudnik, Olga Ipatova, Solomon Maimon, Vadim Dmitrievich Zhuk and many others. Coming here is a great option to have fun and interesting time, and developed infrastructure will make it comfortable.

The world today has a huge tourism potential. This place was lucky to have on its lands historical objects of world significance, which largely determined its development. At the same time, the village is well-kept, the infrastructure is actively developing. Every tourist can not only visit the museum, but also stay in a cozy hotel or visit cafe.

The main attraction of the urban village is undoubtedly Mir Castle. This is a unique architectural monument, which is currently on the UNESCO list. In total, the castle-museum is ready to offer guests 39 full-fledged expositions, as well as parks surrounding the building, a pond, a church-tomb and much more. It is worth noting that the castle is a whole complex, where the hotel, restaurant, souvenir shop. In addition to regular excursions, employees are invited to theatrical performances, weddings, concerts and knight festivals.

Among other significant monuments of the World are the temples: St. Nicholas Church and Holy Trinity Church. The church dates back to the beginning of the 17th century, however, it is believed that in its place there used to be a wooden church. The Russian authorities handed over the building to the Orthodox, but later returned to the Catholic believers. The Trinity Church is also famous for its deep historical roots. It was built in the first half of the XVI century, survived a serious fire, but today it is a fully functioning Orthodox church. The tomb of Svyatopolk-Mirsky, which is located not far from the castle, should also be attributed to the religious architectural monuments. Built it at the beginning of XX century.

Near the castle is a small lake, which is associated with many sad stories. For example, it was there that little Sonya Svyatopolk-Mirskaya sank, and her spirit still wanders through the territory according to legend. However, this makes the area only more attractive for tourists. In the park you can find the abandoned estate, which belonged to the last owners of the castle, as well as Browar. Attractive is the architecture and ordinary buildings, which dates from the end of the XIX century. Unusual houses today are cafes and shops, and previously there were Jewish shops. This place is closely connected with the Jews: you can even find a private museum of Jewish culture. Exhibits are collected from all over the village, many were found during excavations. There is also a former synagogue yard in the World, where the synagogue is almost preserved.

The world is an urban village with a rich history and interesting sights. Every tourist who would like to diversify his views should visit Belarus. Here you can find not only cultural manifestations, but also have fun.

All individual and corporate tours in Mir