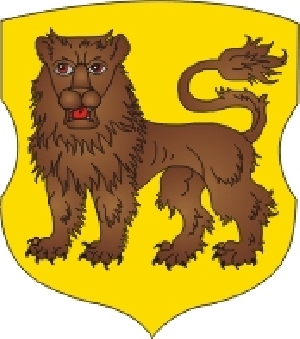 Gorodok is the administrative center of the eponymous district of the Vitebsk region. The city is located on the banks of the Gorozhanka River and Lake Lugovoe, 29 km from Vitebsk, 266 km from Minsk and 45 km from the border with the Russian Federation. The Vitebsk-Nevel railway and the M8 automobile road Border of the Russian Federation-Vitebsk-Gomel-Ukraine’s border, which is part of the international route E95, pass through Gorodok.

History of the development - Gorodok

In written sources Gorodok was first mentioned in the second half of the 13th century. in connection with the battle between Polotsk and Lithuanian troops under the leadership of Prince Mingayly. In 1613, Gorodok was marked on the map of Tomash Makovsky, published in Amsterdam, as a place in the Grand Duchy of Lithuania. As a result of the first division of the Commonwealth in 1772, Gorodok became part of the Russian Empire. According to statistics in 1887, there were more than two dozen industrial and handicraft enterprises, a hospital, a parochial school, a vocational school in the city. The population of the city was about 5,000, of which 3,500 were Jewish.

After the October Revolution, in 1919, Gorodok became part of the RSFSR. Later, in 1924, it was annexed to the BSSR and became the center of the district. During the Great Patriotic War, in the period from July 9, 1941 to December 24, 1943, the city was occupied by the German fascist invaders. From the Nazis Gorodok was liberated by the troops of the 1st Baltic Front during the Gorodok offensive operation.

Today, Gorodok is a small regional center, in which there are five industrial enterprises, several educational and cultural institutions, and the district newspaper «Garadotski vesnik».

You can visit Gorodok on the way to Vitebsk or during your vacation in the Losvido tourist complex. The city has a regional museum of local lore, the exposition of which consists of several sections, telling about the history of the region, the life of local residents and the natural wealth of the area.