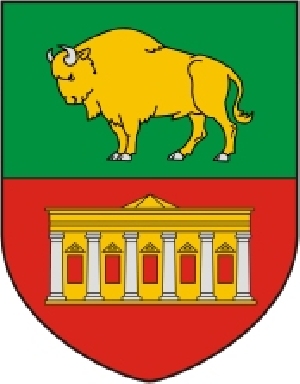 Svislach – administrative center of the Svislach district of the Grodno region near the Belarusian-Polish border. The city of Svislach is located on the river of the same name. The city is located 291 km from Minsk, 82 km from Grodno. The railway Hajnówka (Poland) - Svislach - Volkovysk, which plays an important role in the trade of Belarus with Poland, passes through the city. Motorway P47 (Svislach - Porozovo - Pruzhany) also passes through the city.

Visa-free entry for visiting the tourist and recreational zone «Brest». Svislach district is included in the visa-free zone for citizens of 77 countries of the world who can come to the Republic of Belarus with tourist purposes without a visa for up to 10 days to visit the tourist and recreational zone «Brest». Visa-free regime allows you to visit the national park «Belovezhskaya Pushcha» and stay here on vacation. A complete list of checkpoints for visa-free entry, as well as the necessary documents for this are indicated here.

History of the development - Svisloch

In written sources, Svislach is first mentioned in the Ipatiev Chronicle and dates back to 1256. In 1523 Svislach gets the status of town . The owners of the town in the XVI century were Khodkevichi, Zaslavskie, Sebastian Pokosha. In 1667, the place passed into the possession of Kryshpin-Kirshenstein. In 1668 the Trinity Church was built here, during which the parish school operated. There was also a church of the Guardian Angel. In 1778, the place passed into the possession of Vincent Tyszkiewicz, who set up a market in the center of the settlement, founded a zoo, a chapel theater, a park, and also conducted the first layout of the city.

As a result of the third partiotion of the Polish-Lituanian Commonwealth in 1795 Svislach became part of the Russian Empire. In 1804 V. Tyshkevich, at his own expense, founded the Grodno Provincial Gymnasium in Svislach, which worked until 1845. During the liberation uprising the outskirts of Svislach became a place of active hostilities between the rebel detachments and Russian punitive troops. During the First World War in 1915-1918, Svislach was occupied by German troops. On January 1, 1919 Svislach joined the BSSR. According to the Riga Peace Treaty of 1921 the settlement was part of the interwar Polish Republic. In September 1939 Svislach returned to the BSSR, where in January 1940 it received the official status of urban village. From June 26, 1941 to July 17, 1944, Svislach was under German occupation and at that time there was a jewish ghetto in the city. On December 14, 2000 Svislach received the official status of a city. In 2007, the Svislach coat of arms was approved, which depicts a golden bison and the building of the Svisloch gymnasium.

Today, the city has preserved a number of famous attractions that are directly related to some of the most important events in the history of Belarus.

The main historical attraction of the city is building of the former gymnasium" - the first in Belarus academic secular gymnasium, whose history is closely connected with the liberation movement in the XIX century on the territory of Belarus. In the gymnasium there were several secret societies, among it's students were Kastus Kalinovsky, Osip Kovalevsky, Stanislav Gorsky, Jozef Kraszewski, Napoleon Orda, Romuald Traugut.

In a park «Alley of Memory» monuments to prominent historical figures, including monuments to the leaders of the 1863-1864 uprising Kastus Kalinowski and Romuald Trauguttu, monument to Soviet soldiers who died during the Great Patriotic War, as well as monuments to I.V. Stalin and V.I. Lenin are installed.