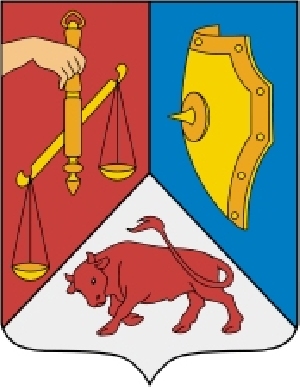 Ashmyany - administrative center of the Oshmyany district of the Grodno region in the border zone of Belarus with Lithuania. The city is located on the river Oshmyanka 212 km from Grodno and 120 km from Minsk. The railway station of the same name is located 17 km from the city on the Molodechno - Vilnius line. Motorways M7 (Minsk - Ashmyany - Kamenny Log), P48 (Vorona - Ashmyany - Yuratishishki - Ivie) and P146 (Ashmyany - Klevitsa) pass through the city.

History of the development - Oshmyany

The first written mention of Ashmyany is contained in the «Chronicle of Lithuania and Zhemoitia» and dates back to 1341. At this time, the settlement was in the possession of the Grand Duke Gediminas, and later passed on to one of his sons. In 1385 and 1402 the Teutonic Order made two attempts to seize the city. Since 1413 Oshmiany has been becoming one of the most famous trade centers. On December 8, 1432 a battle between Sigismund and Svidrigailo took place near Oshmyany, in which the latter suffered a crushing defeat. By the end of the XV century By the end of the XV century Franciscan order begin to act on the territory of Ashmyany. In 1519 the city was destroyed and burned by the troops of the Moscow principality. In 1683 at the behest of the king and Grand Duke John Sobieski Ashmyany received Magdeburg rights. During the years of the Reformation, Nicholas Radzivil «Red» founded a Calvinist collegium and church here. Soon the city became one of the most famous centers of Calvinism in the Grand Duchy of Lithuania. The city was subjected to several devastating attacks throughout the XVI-XVII centuries.

In 1794 a battle between the Russian troops and the rebels of Tadeusz Kosciusk took place near Ashmyany. In 1795 as a result of the second partition of the Polish-Lithuanian Commonwealth the city became part of the Russian Empire. During the Polish uprising of 1830-1831 Russian troops led by Colonel Versilin recaptured the Oshmyans and, during the crackdown on the resistance, the tsarist punitive forces burned down the settlement and killed a significant part of its inhabitants. During the national liberation uprising of 1863-1864 in the vicinity of Oshmyany several insurgent units acted. By the end of the XIX century the city was not able to recover from losses incurred and at the turn of the century Ashmyany was a provincial city with a predominantly Jewish population.

After the First World War and the Soviet-Polish War, the city went to Lithuania. In 1920 Oshmiany were included in the composition of Middle Lithuania, since 1922 - as part of the interwar Polish Republic. In 1939 Oshmyany joined the BSSR. During the Great Patriotic War in the period from June 25, 1941 to July 7, 1944.the city was under German occupation. In 2006 the modern emblem of the city was officially approved.

Due to its rich centuries-old history and extensive historical and architectural heritage, the Ashmyany is considered to be the pearl of Western Belarus. The main attraction of the city is St. Michael the Archangel Church, which was built at the beginning of the XV century by order of King Vladislav Jagiello. At the beginning of the XX century the church was rebuilt in the style of Vilna baroque according to the design of the architect Vaclav Mikhnevich. After the war, a factory worked in the church building, church services were resumed only in 1990.

The ruins of the Church of the Blessed Virgin Mary and the Franciscan Monastery, which was built at the turn of the XIV and XV centuries, are preserved in the historic center. Having survived several wars and destruction in 1845, the monastery was closed, the monastic buildings were destroyed, and the church was converted into a warehouse.

In 1883, on the site of a XVIIth century Dominican monastery was built stone Resurrection Church. The church is a cross-domed temple with a rectangular apse. In 1964 the church was closed by the Soviet authorities. In 1990 the church was returned to the Orthodox Church and restored.

The building of the synagogue (1912) is a unique monument of architecture, which preserved the rich painting of arches and walls. The synagogue was closed in 1940. In 1941 - 1942. a Jewish ghetto was located in the synagogue and adjacent streets. Now the building is used as a warehouse.

The oldest operating enterprise in Ashmyany so far is Yeast Plant, which began operations in 1878. For 125 years of its history the plant has retained the best traditions and has become a modern high-tech enterprise.

In Oshmyany regional ethnographic museum of F.Bogushevich You can get acquainted with the history and famous natives of the region.