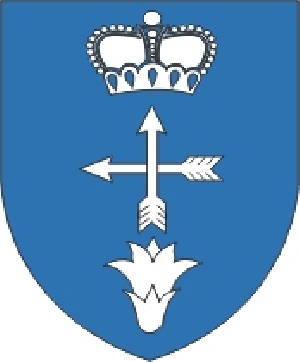 Luninets is the administrative center of the Luninets district of the Brest region. The city is located next to the Pripyat River, 228 km from Brest, 241 km from Minsk and 60 km from Pinsk. Luninets is connected by motor roads with Pinsk and Gantsevichi.

History of the development - Luninets

The first written mention of Luninets dates from 1449 as the village of Maliy Lulin. Since 1540, the settlement is known as the village of Lulinets, which at that time belonged to the Polotsk governor Stanislav Dovoyne. In 1588 in the village there were almost 500 inhabitants, 74 houses. It is known that the distillery functioned. In 1622, the owner of the town, Konstantin Dolmat, presented Luninets to a Dyatlovichy monastery.

As a result of the second division of the Polish-Lithuanian Commonwealth, Luninets became part of the Russian Empire. At the end of the 18th century, just over 600 people lived in the town. In 1842, Luninets as a monastic possession was transferred to the treasury and henceforth the settlement and its inhabitants became state-owned. The active development of the town began at the end of the 19th century in connection with the construction of the Polesye railways. In the late XIX - early XX centuries. Luninets has become an important railway junction. In 1884-1886 train traffic was opened on the railway in the direction of Gomel, Rivne, Vilnia and Brest, and a railway depot, workshops and a train station were built near the village. According to the First All-Russian Census of 1897, 3000 people lived in Luninets, two mills worked, a public school and a parochial school functioned.

In February 1918 Luninets was occupied by German troops, and in 1919-1920 by Polish troops. According to the results of the Riga Peace Treaty of 1921, Luninets became part of the Second Polish-Lithuanian Commonwealth and became the center of the Luninets povet of the Polesye province. At this time, a little over 8,000 people lived in the city. In the autumn of 1939, Luninets became part of the BSSR as a result of the Polish campaign of the Red Army. During World War II, the place was under German occupation from July 10, 1941 to July 10, 1944.

You can visit Luninets on the way to Pinsk or Brest. Interest for tourists in Luninets is the Holy Cross Church, erected in the period from 1912 to 1921. in the retrospective-Russian style. The temple contains unique «Gospels» of 1657 and 1746, as well as a number of icons.

Also in Luninets there is a local history museum whose exposition consists of subjects telling about the history of the city and district. One part of the exhibition is devoted to ethnography, the second is the construction of the Poleskaya railway. In the separate halls there are exhibits relating to the period when Luninets was part of Poland (1921-1939), the Great Patriotic War, the post-war period and the present.

Today Luninets is a modern city with a developed industry. The city also has several educational and cultural institutions.