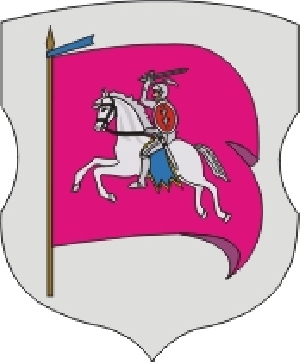 Rechitsa is the administrative center of Rechytsa district in Gomel region, which is located in the south of Belarus on the right bank of the the largest in Belarus the river Dnieper. Rechitsa is located approximately 45 km from Gomel, the center of the region, and 310 km from Minsk. It is one of the largest modern economic centers of Gomel region.

The city has good transport accessibility due to the location near the major highways of the country, connecting the regional centers - Brest and Gomel, the railway between these cities, as well as the republican highway Bobruisk - Svetlogorsk - Loev. In addition, Rechitsa is also a port city, the river Dnieper within the city is navigable and allows to carry cargo and passengers.

Rechitsa is well-known as the capital of the Belarusian oil industry. The first oil field in Belarus were discovered here. Rechitskoe field is still the largest in the country. Several modern sights of the region are devoted to this «black gold».

History of the development - Rechitsa

Rechitsa is one of the ancient cities of Belarus, it appeared on the way from the Varangians to the Greeks. Archaeologists suggest that Rechitsa already existed in the XI century, although the first mention of it in the Gustyn Chronicle was donated to 1213, the settlement is mentioned in Novgorod Chronicle in 1214. The city belonged to Kiev and Chernigov princes.
The border position of the city led to the construction of the castle in the XIV century by the Grand Duke Vitovt on the high bank of the Dnieper. This castle exhisted for more than two hundred years and was burned by Cossack detachments Zolotorenko in 1654.

Rechitsa was among the first Belarusian cities, which received Magdeburg Law in 1511, which contributed to the active development of trade, crafts and culture. However, from the middle of the XVII century the city lost its strategic importance and its fortifications began to sdestroy. In the result of the second section of Polish-Lithuanian Commonwealth in 1793 Rechitsa became a part of the Russian Empire and three years later became the county center of Minsk province. During the war 1812, the city was the temporary residence of the Minsk governor.

The Jewish community played an important role in the history and culture of the city. By the beginning of the XIX century they were a large part of the city’s population; there were a synagogue and prayer houses, a Jewish elementary school. By the end of the century, Rechitsa district became the place of drainage of wetlands by the Western expedition, a meteorological station was built, a steamship traffic on the Dnieper and a railway between the cities Gomel and Luninets through Rechytsa was opened.

During postwar years, Rechitsa got an active renovation. The restoration of its economy is primarily associated with the discovery of oil fields in 1964. Less than a year later the oil of Rechitsa field got to the oil pipeline «Druzhba». Today Rechitsa is not only a city of Belarusian oilmen, but also one of the largest industrial centers of Gomel region.

Rechitsa is one of the most developed centers of Gomel region, which is included in the touristic route «The golden ring of Gomel region». Here travelers will meet sights with a curious history, beautiful embankment of the Dnieper and several museums.
The part of ancient settlement of the Iron Age and the era of Kievan Rus is now located at the territory of Children's park. The wooden castle was built by prince Vitovt at this place and the memorial is here now.
A lot of archaeological site have been found in Rechitsa and at the territory of the district, most of them belong to the early Iron Age - the period of Milograd culture. You can see the results of the archaeological excavations and learn more about the history in Museum of Local Lore.

It is easy to navigate in the city, because its main attractions are located in the center. Among them the landmark of the city - Chapel of St. Euphrosyne, which was built on the banks of the Dnieper in 1995. Rechitsa became the first Belarusian city where the ark with the holy relics of Euphrosyne stayed in 1910 on the way from Kiev to Polotsk. The chapel, which was constructed to the 1000th anniversary of the christeningof Russia, the 50th anniversary of the Victory in the Great Patriotic War, as well as the feat of soldiers-internationalists and the victims of the Chernobyl disaster, you can see from different points of the city.

One of the oldest buildings in the city, which attracts the attention of travelers, is Holy Assumption temple of 1872. In Soviet times, the temple was the House of Culture and local lore museum. In the early 2000s, the temple was restored and re-consecrated.
There is the Catholic church of the Holy Trinity is an excelent example of neo-gothic at. The church suffered during the times of Soviet power. A warehouse, a power station, a beer bar were located in the church building.

Rechitsa is proud of its outstanding people - Alexander Isachev, a world-class artist. During his short life, he wrote about 500 works mainly in the technique of lessing letter. A significant part of his work connected with religious themes and images of Christ. The Rechytsa Museum of Local Lore is the only museum in Belarus that has about 30 his originals works. Many of his pieces of art are kept in private collections in Russia, the USA, and Western Europe.

An ecological-cultural center was opened in the city, the Republican Environmental Forum takes place here. An important role in preserving the cultural heritage of Gomel region and the whole of Belarus, is played by the folk ensemble of song and danc «Dnyapro».

Thanks to the developed infrastructure, convenient location and development of oil industry the city attracts travelers and businessmen. The city is included in the excursion tour «Black Gold of Polesie», which allows you to learn the procces of oil production in Belarus and even visit the health resort «Solnechny Bereg», where it is used for treatment.

All individual and corporate tours in Rechitsa