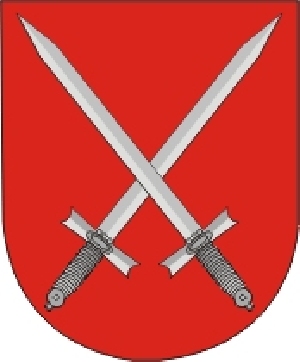 Yel’sk – administrative center of the Yel’sk district of the Gomel region. The city is located 164 km from Gomel and 314 km from Minsk near the Belarusian-Ukrainian border. Highway R14 (Yel’sk - Makhnovichi) and the railway line Kalinkovichi - Ovruch Through are passing throught the city.

History of the development - Elsk

As a result of the second partition of the Polish-Lithuanian Commonwealth in 1793 Corolin became part of the Russian Empire. Shortly after joining the Russian Empire, the town was renamed Nikolaevo. By the end of the XIXth century a tract ran from Rogachev to Volyn, a post station operated. In 1873 railway station on the railway line Zhlobin - Ovruch was opened in Nikolayevo.

The main attraction of the city is considered to be Yel’sk Trinity Church , which is considered to be one of the main decorations of the city. The wooden church was built in 1769 - 1780 at the expense of Casimir Oskerko. The building is a five-pipe cross-domed temple with elements of Baroque and Classicism. In the 1870s, a three-tiered bell tower was added to the church.

In the center of the city a memorial complex «To the victims of the XXth century» is located, which was erected in memory of those killed during the Great Patriotic War, as well as in the Chernobyl accident. The monument is a sculpture of a grieving mother who bent over a soldier’s helmet punched by a bullet.

In Local History Museum in Yel’sk materials are collected about Yel’sk history, folk art and crafts of the region. Visitors are presented with several permanent exhibitions, including the exhibition of works by the honored cultural worker of the BSSR M. Zasinets.

In Yelsk an annual festival of harmonicists «Gray, harmonica» is held.