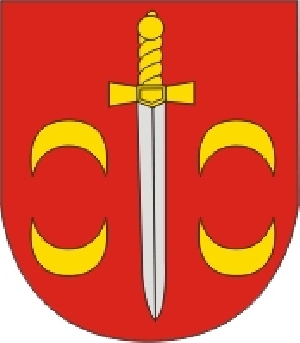 Tolochin is the administrative center of the Tolochin district of the Vitebsk region. The city is located on the river Drut 56 km from Orsha, 128 km from Vitebsk, 177 km from Minsk and 124 km from the border with the Russian Federation. The Minsk-Moscow railway and the P19 Tolochin-Krupki, P25 Vitebsk-Tolochin and P26 Tolochin-Krugloye-Nezhkovo motorways pass through the city. 5 km from the city passes the M1 motorway Brest-Moscow.

History of the development - Tolochin

The first written mention of Tolochin refers to 1433. At that time, Tolochin was part of the Grand Duchy of Lithuania. For several centuries the city was owned by the Drutsk princes, from the end of the XVIth century owned by Sapieha, after owned by Sangushki. In 1604 a church, a school and a hospital were founded by Lev Sapieha in Tolochin. As a result of the First Partition of the Polish-Lithuanian Commonwealth in 1772, the border between the Crown of Poland and Russia passed along the Drut River, thus dividing Tolochin into two parts. The eastern part of the town became part of the Russian Empire and became known as Old or Russian Tolochin, the western one remained in the Commonwealth until 1793 and was called Zarechny or New Tolochin.

During the war of 1812, Tolochin suffered greatly from military actions. It is known that during Napoleon’s retreat from Russia, the French emperor arrived in Tolochin on November 10, 1812. In 1871, the Smolensk-Brest section of the Moscow-Brest railway was opened three kilometers from the city. According to the First Census of the Russian Empire in 1897, about 2,500 inhabitants lived in Tolochin, 2,000 of whom were Jews.

In February-October 1918, Tolochin was occupied by German troops. In 1920, the city became part of the RSFSR, and in 1924 it became part of the BSSR. During the Great Patriotic War, from July 8, 1941 to June 26, 1944, Tolochin was occupied by the German fascist invaders. Also during the war, the Nazis organized a ghetto in the city, in which virtually the entire Jewish population of the city was destroyed. Tolochin was liberated by the troops of the 3rd Belorussian Front.

After the war, Tolochin recovered and actively developed. In 1955, he was granted city status. Today there are several industrial enterprises operating in Tolochin, the district newspaper «Nasha Talachynshchyna» is published.

You can visit Tolochin on the way to Orsha or Vitebsk. The city has preserved the complex of the Basilian monastery is a monument of architecture of the Late Baroque era, built in 1769 with funds from the Sangushek family. In the center of the city is located the old and picturesque park Jozefpolye is a favorite place for walks of local residents. Also in Tolochin there is a local history museum the exposition of which consists of several sections: nature and history of the native land, archeology, ethnography, numismatics, photographs and photographic documents.