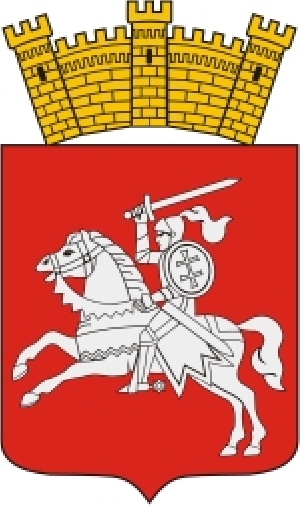 Lepel is the administrative center of the eponymous district of the Vitebsk region. The city is located on the shores of Lake Lepel 155 km from Minsk and 110 km from Vitebsk. The distance to the border with the Russian Federation is 150 km, the distance to the border with Latvia is 171 km. The rivers Ulla and Essa flow through Lepel. There is a railway station in the city, from which diesel trains run regularly, connecting Lepel with Orsha.

Lepiel is an important automotive transport hub. The M3 highway (Minsk-Vitebsk) passes through the eastern part of the city. In addition, the city is connected by a network of highways with other Belarusian cities: P15 (Krichev - Orsha - Lepel), P46 (Lepel - Polotsk - border of the Russian Federation), P86 (Bogushevsk (from M8) - Senno - Lepel - Myadel), P116 (Ushachi - Lepel).

History of the development - Lepel

The territory of the modern Lepel has been inhabited since ancient times. The first settlements on the territory of the Lepel region appeared in the Mesolithic era. Parking 9-6 thousand BC. were found on the southwestern shore of Lake Lepel in the Peschanitsa tract. Neolithic sites (4-2 thousand years BC) were found at the mouth of the Essa River on the island of Lake Lepel. In the period from X to XII centuries. The lands of the Lepel district were part of the Principality of Polotsk, and later - in the Grand Duchy of Lithuania.

The first written mention of Lepel refers to 1439 due to the fact that the son of the Grand Duke of Lithuania Sigismund Keistutovich Michael presented his Lepel estate to the Vitebsk Roman Catholic church. In 1586, the future Chancellor of the Grand Duchy of Lithuania Lev Sapega acquired the town of Lepiel. In 1589, Lev Sapieha took the initiative to move important urban sites (castle, church and church) to the southern shore of Lake Lepel. So was founded New Lepiel from this point on the location of the city has not changed. In 1609, Lev Sapieha presented his estate to the Vilnius Bernardine nuns.

According to the results of the second section of the Polish-Lithuanian Commonwealth 1793, Lepel went to the Russian Empire. In the period from 1797 to 1805. Berezinsky water system was built in Lepel is a man-made water structure that connected the basin of the Dnieper to the Western Dvina. The length of the waterway was 162 km. Thanks to the construction of the Berezinsky water system, Lepiel entered a new stage of its development and gradually became one of the economic and cultural centers of Belarus. By the end of the nineteenth century. Lepiel was a large city - about 6,000 people lived in it, agriculture and industry were actively developing.

In November 1917, in just two days, Soviet power was established in the city. However, already in 1918 the German troops occupied the city, and in 1919-1920 - the Polish. After the end of the Soviet-Polish war, Lepel became part of the BSSR. During the interwar period, several large industrial enterprises functioned in the Lepel region: a soap factory, a forge, an artel for the production of vegetable oil, turpentine and tar plants, brick factories, a flax plant.
During the Great Patriotic War, during the complete defeat of the Soviet army on the Western Front in the Belostok and Minsk, Lepel was captured by German troops on July 3, 1941. During the German occupation, a prisoner of war camp was organized in Lepel. and there was also a Jewish ghetto (1941-1942). Lepel was liberated from the Nazi invaders on June 28, 1944 during the Vitebsk-Orsha offensive operation by the troops of the 1st Baltic and 3rd Byelorussian fronts.

In the postwar period, there was an active recovery and development of the city. In Lepel, factories, plants, housing, and social facilities were built. The Lepel-Orsha railway destroyed by the fascists was restored. In 2009, by the decree of the President of the Republic of Belarus, a new emblem and flag of the city was approved, and in 2010, Lepel was awarded the pennant «For husband and stronghold during the Great Patriotic War».

Several architectural monuments of history and culture have been preserved in Lepel. Among them: a monument of wooden architecture the Church of St. Paraskeva , 1868, built on the site of a previously existing church. According to legend, at that time in the city a terrible sea was raging. One of the townspeople was in a vision St. Paraskeva, who said that if the church was restored, the pestilence would cease. As soon as the construction of the church was begun in the city, the pestilence stopped.

The city also has a Catholic church of St. Casimir, founded in 1602 by order of Lev Sapega. As a result of numerous wars, fires and destruction, the church lost its original appearance. Today we can see the temple restored in 1876 in the style of classicism.

Interest for tourists is the sculpture «Lepelsky Tsmok», located on the shore of Lake Lepel and dedicated to the eponymous character of Belarusian mythology. In addition, the regional museum of local lore, which tells about the history of the Lepel region from the Mesolithic era to the present day, functions in Lepel.

Today, Lepiel is a modern city in which there are about a dozen industrial enterprises, hydroelectric power stations, cultural and educational institutions.