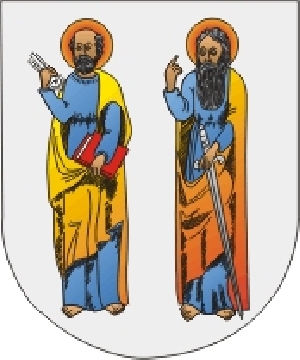 Uzda - is an administrative center of the district of the same name in the Minsk region. Located 74 km south-west of Minsk. Motorways P68 (Pukhovichi - Uzda - Negoreloye) and P61 (Uzda-Kopyl-Gulevichi) pass through the city. At 22 km from Uzda on the Minsk-Baranavichy railway line is the Negoreloye station.

History of the development - Uzda

In the first written source, dating back to 1450, Uzda is referred to as the Korsakov courtyard in Minsk district. Later, the settlement acquired the status of a village and became part of the Minsk povet of the Grand Duchy of Lithuania. At various times, Uzda was in the possession of Zavishi, Krasinski, Kavechinski. In 1572, Simon Budny was in the city regarding the publication of the Bible and wrote in it a preface to the book.

As a result of the second section of Polish-Lithuanian Commonwealth, the village became part of the Russian Empire and subsequently passed into the possession of the Zavishi family. In 1798, Casimir Zavisha built a wooden church of the Erection of the Cross of the Lord, and the Church of Saints Peter and Paul was also active. In 1884, there were 14 Belarusian courtyards, 18 Tatar courtyards and 102 Jewish courtyards in Uzda. In 1829-1830, a printing house, a school, 4 primary schools, a brewery, a mill, a pharmacy, a post office, 30 shops, a Sunday fair began to function. In the years 1906-1909 a provincial circle of the Polish society «Asveta» operated in the town, which was engaged in supporting education in Polish language.

Uzda is rich in architectural and cultural heritage, there are more than one hundred and fifty monuments of history, archeology and architecture of local importance. Uzda is often deservedly called the «nightingale region», because he brought up many writers, such as Petro Glebko, Ales Yakimovich, Ilya Gursky, Ales Palsky and many others.

One of the most unusual sights of the city is the Holy Cross Church, which was built of wood in 1798 on the initiative of Casimir Zawishi. At the beginning of the XXth century, a brick aspida was built near the church. During the years of Soviet power, the church was converted into a House of Culture. In our time, the Holy Cross Church has resumed services, but in the new building.

In 1848, according to the project of the famous Minsk architect Struev, at the expense of Thaddeus Zavishi, Uzda was erected of brick Church of the Holy Apostles Peter and Paul. The temple still functioning and is a monument of architecture of the retrospective-Russian style.

Not far from the historic center of the city is the Catholic cemetery, where you can see the legendary tomb chapel of Zavisha. The tomb of an ancient and influential family, whose history is closely connected with Uzda, was erected in 1800 in the form of a large egyptian pyramid and built on the money of general Kazimir Zawishi.

You can get acquainted with the history of Uzda inMuseum of Local History, and in farmhouse and cageyou can plunge into the atmosphere of the life of the peasants of the late XIX - early XX centuries.