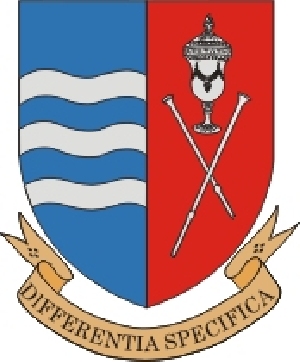 History of the development - Berezovka

Berezovka is a relatively young city that emerged at the end of the XIX century. The founding of the city was associated with the discovery of several gut. Gutas in Belarus have long been called glass workshops. The first workshop opened in the Ustron tract back in 1875. Later, in 1883, the guta started working in the Berezovka tract. The landlord of glass production in Berezovka was a local landowner Zenon Lensky. After some time, two masters rented the Lensky plant: Wilhelm Krajewski and Julius Stolle. Krayevsky and Stolle initially wanted to buy the plant, but Zenon Lensky did not agree to this proposal. Then the masters opened a new steam-powered plant in the same places (1896). From that moment, the active development of both the new plant and the city began. Since 1908 the plant is called «Neman».

According to the results of the Riga Peace Treaty of 1921, concluded between the RSFSR and Poland, Berezovka became part of the latter. With the beginning of the Second World War (1939), Berezovka, as part of Western Belarus, became part of the BSSR. Since 1940, the city was part of the Novogrudok district. During the Great Patriotic War (1941-1944) Berezovka was occupied by Nazi troops. The city has a memorial erected in memory of more than 200 prisoners of war shot by fascists in 1941.

In the postwar period, the city was rebuilt. First of all, the famous glass factory was revived. Today Berezovka is a modern city with a developed production.

Despite the fact that Berezovka is a relatively young city - it has sufficient tourism potential. Not a single tourist visiting the city bypasses the famous production is the glass plant «Neman». Today «Neman» is a modern enterprise for the production of crystal and glass products with various types of decoration, the products of which are supplied to the countries of near and far abroad: to the Russian Federation, Lithuania, Germany, France, the USA, etc. The factory regularly hosts tours that acquaint visitors with the history of glass production in Berezovka, as well as with the processes and stages of product creation. You can see with your own eyes how a shapeless piece turns into an elegant product.

In addition to production excursions, in Berezovka you can visit the Temple of the Descent of the Holy Spirit,is a unique feature of which is worship, which is held to the accompaniment of a brass band of a glass factory. Every year in the city are large-scale celebrations dedicated to the birthday of the glass factory. Tourists visiting Berezovka love this place not only for historical monuments and production, but also for the picturesque nature. Enjoy the beauty of river Neman can be sailing on canoes, and rest in one of the many estates of the area will give positive emotions and pleasant impressions.

All individual and corporate tours in Berezovka