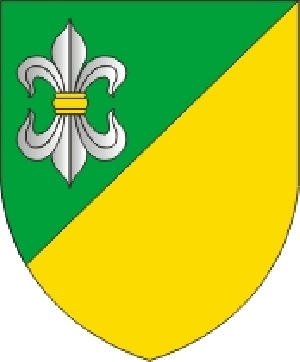 Ivatsevichi is the administrative center of the district of the same name, located in the Brest region, 142 km from the regional center and 256 km from the city of Minsk. The distance to the border with the Republic of Poland is 129 km, to the border with Ukraine is 120 km. Ivatsevichi are connected by highways with Kobrin, Bereza, Brest and Minsk.

History of the development - Ivatsevichi

According to the archaeological excavations, the first human settlements on the territory of the Ivatsevichi district appeared 10-9 thousand years ago. In the X-XI centuries the territory of the Ivatsevichi district was part of the early feudal state of Kiev Rus, as well as of the Pinsk and Turov principalities. Since the XIV century as part of the Grand Duchy of Lithuania. The first mentioning of Ivatsevichi dates back to 1519 in connection with the mention of the settlement in the Lithuanian metric. It is believed that the name of the city came from the name of Ivan.

In 1594, the tycoon and political activist Leo Sapega became the owner of Ivatsevichy. Since the second half of the XVI century. Ivatsevichi are part of the Slonim district of Novogrudok voivodship and belong to the landowners of the Yundil clan. Speaking about Ivatsevichi land, one cannot but mention the leader of the national liberation uprising of 1794 Tadeyush Kosciusko, who was born in Kossovo near Ivatsevich. After the third section of the Polish-Lithuanian Commonwealth in 1795, the city became part of the Russian Empire.

In the first half of the XIX century in the territory of Ivatsevichi district there were several industrial enterprises, including cloth manufacture in Kossovo. During the uprising of Kastus Kalinowski 1863-1864 active actions took place near Ivatsevich. After the construction of the Moscow-Brest railway was completed in 1871, the city received a new round of development. In povety, logging production was actively developed.

Despite the fact that Ivatsevichi cannot boast of a rich cultural heritage, there are several sites in the area that are of interest to tourists. The first of them is the estate Merechevschina. It was here that the first years of the life of the honorary citizen of France, the national hero of Poland and the United States Tadeusz Kosciuszko passed. Currently, the house has a memorial museum, opened in 2004 with financial support from the United States. Also for the funds allocated by the United States, the estate of T. Kostyushko was also restored. The museum exposition introduces visitors to the life of the nobility of the XVII century.

There, in Kossovo, there is another landmark Palace of Puslovsky. Is a monument of architecture of the first half of the XIX century, built in the Gothic style. Kossov Castle consists of 12 towers, each of which symbolizes a particular month of the year. The palace was originally designed in such a way that every two and a half days the sun illuminated one of its rooms. A unique system of internal corridors and windows allowed the sun to penetrate into all corners of the Kossov castle.

An interesting monument is the Ivatsevichi geodetic point located not far from the city, which is part of Dougie Struve, a network of 265 triangulation points, crossing from north to south ten European states and a UNESCO World Heritage Site. Struve's arc was created from 1816 to 1855. in order to determine the parameters of the Earth, its shape and size.

Ivatsevichi is a small town in the west of Belarus, in which there are several museum institutions that may be of interest to travelers. For example, the local history museum whose exposition acquaints the visitor with the history of the development of the Ivatsevichy region. Also in the city there is a memorial complex of partisan glory «Khovanshchina». In addition to the cultural institutions in Ivatsevichi, there is a cafe, a restaurant and several hotels in which any tourist can comfortably accommodate.