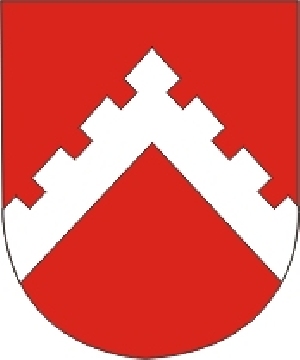 History of the development - Chechersk

The first people settled 26 thousand years ago on the territory of the modern Chechersk district. In the VIII century. AD the area was inhabited by the Slavic tribe Radimichi. The data of the archaeological excavations confirm the fact that modern Chechersk was an offshoot on the way "from the Varangians to the Greeks." The first written mention of the city dates back to 1159 (Ipatiev Chronicle) and is associated with the name of Kiev Prince Oleg, who, in connection with the death of his father Svyatoslav, passed the city.

During its existence, Chechersk was part of the Chernigov, Kiev principalities. Until the middle of the XIV century. the city became part of the Grand Duchy of Lithuania. Chechersk more than once was subjected to devastating destruction and fire. According to some information, in 1510 a wooden town hall was built in Chechersk, which indicates that the city had the right to self-government.

Since 1772, Chechersk became part of the Russian Empire as a result of the First Division of the Polish-Lithuanian Commonwealth. Catherine II presented the city to Count Z.G.Chernyshev, under whose administration Chechersk began to develop actively. During this period, a unique architectural ensemble of a stone town hall, a Catholic church and three Orthodox churches appeared in the city. There was a distillery and a serf theater. In 1787, Empress Catherine II visited Chechersk. In addition, through the city in 1820 and 1824. AS drove by Pushkin, when he rode and returned from his southern exile.

Since 1919, Chechersk became part of the RSFSR, and since 1926 - in the BSSR. After the start of the Great Patriotic War, the territory of the Chechersk District was occupied by the Nazis in August 1941. During the war years, a partisan brigade operated in the region. Chechersk was liberated from the Nazi invaders in the summer of 1944 during a strategic offensive operation to liberate Belarus.

The Chechersk District did not avoid the accident at the Chernobyl NPP in 1986. As a result, 43 settlements ceased to exist on the territory of the district, forests and agricultural land became useless, and almost 4,000 families were evicted.
Today the city continues to evolve. There are enterprises, educational and cultural institutions.

Chechersk is part of the tourist route «The Golden Ring of the Gomel Region». The city has preserved some historical and cultural objects. In particular, the Chechersk Town Hall is an architectural monument of the end of the XVIIIth century. Today in the town hall there is a historical-ethnographic museum. The exposition of the museum is represented by several exhibition halls telling about the history of the region from the time when Chechersk was incorporated into the Russian Empire before the Chernobyl disaster. In addition, the exhibition presents traditional items of the Iron Age found during the excavations at the Berdyzh site (26 thousand years ago), samples of the Chechersk school icon painting, as well as an ethnographic hall where you can see traditional crafts are pottery, weaving, woodworking.

The monument of classicism architecture is the Transfiguration Church of the end of the XVIIIth century XVIII, which is a bunk rotunda with a hemispherical dome. The interior of the church is decorated with paintings by Italian masters. A small brick building, decorated with paintings and wooden platbands is the current distillery, built in the late XIX - early XX centuries.

Chechersk is a small town in eastern Belarus, which, despite its poor tourist potential, may be of interest to travelers. In addition to cultural institutions and historical sights, the city has a cafe, restaurant and hotel, which can comfortably accommodate a traveler.