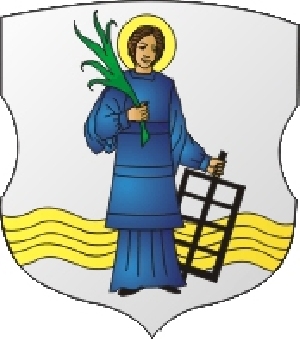 Ushachy – administrative center of Ushachy district of Vitebsk region. The urban village is located at a distance of 202 km from Minsk, 116 km from Vitebsk and is located on the Ushacha River. Motorways P29 (Ushachy - Vileika), P113 (Senno - Beshenkovichi - Ushachy) and P116 (Ushachy - Lepel) pass through the settlement.

History of the development - Ushachi

The first written mention of Ushachy dates back to XVI century . During the XVI-XVII centuries the settlement was owned by Anthony Selyava, Jozef Klyanovski, David Radiminski Frantskevich, a families of Shchitov, Plater, Jaba. By the middle of the XVIIIth century a Basilian monastery, a church and a monastery of Dominicans functioned in Ushachy. On June 23, 1758 the King and Grand Duke of Augustus III granted the town Magdeburg Law and the Coat of Arms. Ushachy also received the right to hold auctions and fairs. In 1772, Ushachy remained in the Polish-Lithuanian Commonwealth and at that time county seimics gathered in the village.

As a result of the second partition of the Polish-Lithuanian Commonwealth in 1793 Ushachy became part of the Russian Empire. Since the end of the XVIIIth century, Ushachy is a provincial city, a place, the center of the parish of Lepel County. During the Patriotic War of 1812 for a short time headquarters of the Russian General Wittgenstein was stationed here. In 1863, in order to suppress the national liberation uprising, the Russian authorities closed the church and monastery of the Dominicans in Ushachi, along with 3 churches in the vicinity of the town.

On January 1, 1919 Ushachy became part of the BSSR. At the end of the same year Ushachy disrict became part of the RSFSR. In March 1923, the settlement was returned to the BSSR. In 1938 Ushachy received the official status of urban-type village. During World War II from July 7, 1941 to June 29, 1944, the urban village was under German occupation. During the occupation, underground and partisan groups were active in the area. There was an underground printing house, partisan telephone hub, a power station, a timber mill. On June 29, 1944 Ushachy were liberated by the troops of the 1st Baltic Front.

The main attraction of the area is memorial complex «Breakthrough», which is dedicated to the breakthrough by sixteen partisan detachments of the German blockade. The memorial complex is one of the most significant works of monumental art in Belarus and is designed to embody the courage and bravery of the partisans during the Great Patriotic War.

The main temple of Ushachy is the church of St. Lawrence, which was built in 1913. Initially, the main facade of the church was decorated with two towers, but to this day they have not survived. In 1932, the Soviet authorities closed the church and only in 2004 the church resumed its activity after a three-year restoration. Parental home of Rygor Borodulin was also preserved in the urban village, in which he spent his childhood.

In Ushachy museum of the national glory name after V.Е. Lobanok You can learn about the history of the partisan movement in Ushachy during the Great Patriotic War.