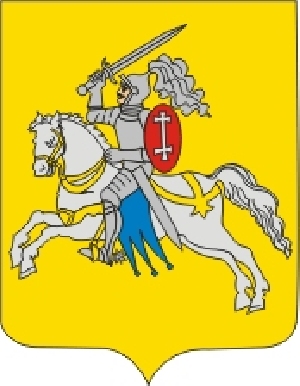 Verhnedvinsk is the administrative center of the eponymous district of the Vitebsk region. The city is located at the confluence of the Drissa River in the Western Dvina. Until 1962, Verkhnedvinsk was called Drissa. The distance from Verhnedvinsk to Polotsk is 71 km, to Minsk is 264 km, to the border with Latvia is 25 km. Highways of republican significance P117 (border of the Russian Federation (Kostrovo) - Kokhanovichi - Verkhnedvinsk) and P20 (Vitebsk - Polotsk - border of Latvia (Grigorovshchina)) pass through Verhnedvinsk. The railway station is located 2 km from the city.

History of the development - Verhnedvinsk

The first written mention of Drissa (Verkhnedvinsk) dates from 1386. Throughout its history, the city was part of the Polotsk principality, the Grand Duchy of Lithuania, the Commonwealth. In the period from the XIV-XVI centuries. The city walls were defended by a powerful defensive castle, which was the boundary between the Commonwealth and the Crusaders.

In the first half of the 16th century, the city served as a shopping center on the Western Dvina River. In addition, the place belonged to the king of the Commonwealth. In 1547, customs was established here. During the Livonian War of 1558-1583 King Sigismund II Augustus in 1563 restored the Drissa Castle, which was destroyed in the same year by the troops of Ivan IV the Terrible. In 1583 the city was liberated by Stefan Batory.

During the war with Napoleon in 1812, the headquarters of the first Russian army, General Barclay de Tolly, was located next to Drissa. Lev Tolstoy mentions this in his novel War and Peace. According to the First All-Russian Census of 1897, almost 5,000 people lived in Driss, most of whom were Jews.

During the First and Second World Wars, the city was occupied by German troops. Also during the Great Patriotic War in the period from July 1941 to February 1942, a Jewish ghetto existed in Verkhnedvinsk, in which about 800 people died.

After the end of World War II, the city was actively restored. In 1962, under the pretext of the inconsistency of the former name of Driss, the settlement was renamed to Verhnedvinsk.

Verhnedvinsk is a small settlement in the very north of Belarus. Interest for tourists in the city is the Church of the Nativity of the Virgin Mary, built in 1809. The architecture of the temple is dominated by features of the baroque and neo-gothic styles. In the city there is an Orthodox church of St. Nicholas built in 1819. The temple houses three icons of the XVIII-XIX centuries.

In 1977, a memorial complex to victims of fascism, burnt villages, soldiers-liberators and countrymen who died during the Great Patriotic War was opened not far from Verkhnedvinsk. Also, in the Verhnedvinsk district near the village of Proshka on the border of Belarus, Russia and Latvia there is an unusual monument the Mound of Friendship.

Today Verhnedvinsk is a modern city with a developed industrial production. Also in the city there are cultural and educational institutions.