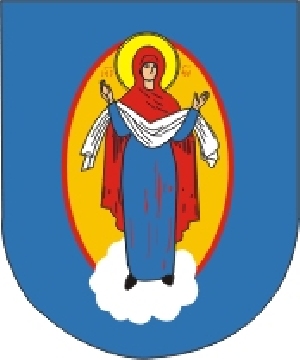 History of the development - Maryana Gorka

The first written mention of Marjina Horka dates back to XIV century. At various times, the town was in the possession of Radziwill, Buzhinsky, Ratynsky, Krupsky and others. After the second partition of the Polish-Lithuanian Commonwealth in 1793 Pukhoviachy district became part of the Russian Empire. During the Patriotic War of 1812 French troops burned down the church in Marjina Horka. One of the owners of Marjina Horka was Boniface Krupsky, who was the organizer of the national liberation uprising in 1863 - 1864 in the province. After the uprising was crushed, the Russian authorities confiscated the estate of Krupsky along with Maryina Gorka and transferred them to the possession of the Minister of Internal Affairs Lev Makov. The laying of the Libavo-Romenskaya railway was the impetus for the development of the settlement.

On January 1, 1919 Marjina Horka joined the Belarusian SSR, where on June 17, 1925 it became the center of the Pukhovichi district. On September 27, 1939 the village of Marjina Horka became a urban village. In 1939 a military infantry school was created in Marjina Horka, and a military flight school in the Pukhovichi village. During the Great Patriotic War from June 28, 1941 to July 3, 1944 Pukhoviachy district was under German occupation. On July 22, 1955 Marjina Horka received the status of city. In January 1963, the 5th Special Task Brigade was deployed in the city.

Marjina Horka is deservedly considered not only the administrative, but also the cultural center of the district. One of the symbols of Marina Gorka is the chapel at the Roman Catholic parish of Sts. Anthony of Padua. In the chapel you can see the icons of the Saints, who are especially respected in the Catholic Church: the icons of the Mother of God of Ostrabrama and St. Anthony.

Another no less important and interesting attraction of Marjina Horka is the estate of L. Makov. The estate was built in the second half of the XIX century in an eclectic architectural style. Construction proceeded at the same time with the laying of the railway. In the part of the backyard park that has survived to our day, there is the largest elm in Belarus, 36 meters high, with a trunk diameter of 143 cm. From 1935 to 1941 house of creativity of Belarusian writers functioned the in the building of the estate. Currently, there is a children's rehabilitation center «Puhovichi».

Also in the city there are a number of monuments dedicated to the heroic events of the war years.: monument «Cannon» in honor of the feat of 82 rifle regiment of the Red Army, monument «SPG» in honor of the soldiers-liberators of the 1st Guards Don Tank Corps, obelisk in memory of Soviet soldiers, partisans and underground workers of Pukhovshchina, a monument to L. G. Gaiduchenok.