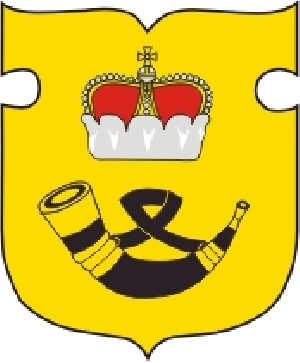 Kletsk is a city in the south-west of Minsk region, the administrative center of Kletsk district, located in the north on the river Lan. The city is located 140 km from Minsk, it takes about two hours to get to the capital by car. Today Klets is not a Mecca of tourism in Belarus, but visiting it can be a pleasant surprise for many travelers, especially if you combine it with a trip to Nesvizh, which is only 20 km away.
One of the largest railway stations in Belarus is located in 50 rv from the city - Baranovichi, besides, the Osipovichi-Baranovichi railway line passes through the city. The city is crossed by the motorway Nesvizh - Luninets, and there is a motoway connecting Slutsk with Brest near.

History of the development - Kletsk

Arriving in Kletsk, most guests do not even know how rich and interesting its history is.
1127 is considered to be the birth year of Kletsk, when it was first mentioned in the Laurentian Chronicle as Klechesk. At that time it was already the center of a princedom headed by Vyacheslav Yaroslavich, the grandson of the Grand Duke of Kiev Svyatopolk Izyaslavich. At the beginning of the 14th century Kletsk became part of the Grand Duchy of Lithuania. In the middle of the XV century Kletsk belonged to the Yaroslavl family, later Queen Bona Sforza rulled it, and after her death in 1558 it became the possession of Radziwills and was one of their ordination centers. With the support of Nikolay Radzivil Cerny Kletsk became the center of Calvinism, in 1560-1562 an eminent humanist Symon Budny preached here. Here he wrote «Catechism» - the first book in the Belarusian language, which was published in 1562 in the Nesvizh printing house.

Kletsk is often referred to be a warrior city, because it repeatedly suffered from the Tatars raids, and in 1503 was almost completely destroyed. In 1506 one of the most important battles of the Grand Duchy of Lithuania took place here under the leadership of M. L. Glinsky with the Tatar horde and a brilliant victory was won. In 1652, Kletsk received Magdeburg Law for self-government and its own coat of arms.

After the second division of the Polish-Lithuanian Commonwealth, Kletsk became part of the Russian Empire and became a small town in Slutsk district of Minsk province, and in 1917 Soviet power was established here. In April 1919 the city was occupied by the Poles. According to the terms of the Riga Peace Treaty of 1921, the city became part of Poland, and on September 17, 1939 it was liberated by the Red Army and became part of the BSSR. The following year, Kletsk became the district center of Baranavichy region.
Within 3 years from 1941 to 1944, Kletsk was occupied by the Nazi troops, almost the entire Jewish community was killed. By 1945, a significant part of the economy and cultural facilities in the city were restored. In January 1963, Kletsk district was abolished and annexed to Nesvizh, and in August 1966 it was restored again.

Kletsk is one of the most ancient cities of Belarus, but due to numerous military events many witnesses of such a long history have been lost. A memorial at the place of battle between the Grand Duchy of Lithuania and the Crimean Tatars in 1506 is established to it.
Old Polish barracks attract travellers. Here barracks for ordinary soldiers, and capital buildings - the headquarters for the officers, armory, a stable for 200 horses, warehouses and other outbuildings were built. Only two of all the barracks have survived, they are used as residential buildings after World War II.
In 1909 the famous Kletsk Hospital was built from red brick for the cavalry regiment, it consisted of three one-story buildings. It combines the features of modern and neo-Gothic, its facade is decorated with small decorative towers. All three buildings survived to our days, in 1995 their restoration was carried out.

Kletsk is worth visiting, because the famous Radzivils family, to whom he belonged, invested a lot in the infrastructure, construction of social and religious facilities. The most important of them - Holy Resurrection Church, which was originally built and consecrated at the end of the XVII century as a church in honor of the Virgin Mary. Soon a Dominican monastery was built nearby. Some time after the uprising of K. Kalinovsky, the Dominicans were transferred to Nesvizh, and the temple began to destroy. In 1854, a reconstruction was carried out here and the Resurrection Church was moved to the cathedral.
From religious sites in Kletsk you can visit the Trinity Church, the construction of which began in the 2000s. instead of the old Trinity catholic church of the 16th century, only a small fragment of the western wall servived to our days.
In 1875 Pokrovskaya church in the retrospective-Russian style was built in the city.

There is the «Museum of Kletchina history» in the city, it has about 9.5 thousand items - a rich collection of archeology, medieval weapons and ceramics, documents, ammunition and photos of wartime, numismatics, household items and ethnography, one of the exhibitions is devoted to outstanding natives of Kletchina.
For the traveler, Kletsk can offer a standard set of infrastructure - a hotel, restaurant, several cafes, a cultural park, a recreation area with a well-developed embankment in the city.