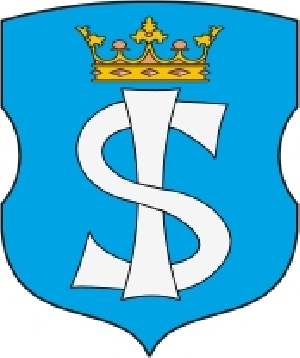 Shchuchyn - administrative center of the district of the same name in the Grodno region. Motorway P51 passes through the city (Ostrino - Shchuchyn - Volkovysk). Railway road line Lida - Grodno passes near the city passes few kilometers from the city. The distance to Minsk is 218 km, to Grodno - 67.6 km.

History of the development - Shchuchin

The first written mention of Shchuchyn in written sources dates back to 1487, but the founding year is considered to be 1517 when Church of the Holy Apostle James was built in Shchuchyn. Settlement alternately belonged to the gentry clans of Kuchukov, Gutsk, Radziwills, Dawayn, Limontam. With Radziwills, agriculture, crafts, trade actively developed in Shchuchyn. During the Russian war with the Polish-Lithuanian Commonwealth (1654-1667) and the Northern War (1700-1721), the settlement was heavily damaged. In 1718, 15 piarists settled in the town, and in 1726 it was decided to establish a monastery and a piarist college in Shchuchyn. In 1742 a convention of the Sisters of Mercy and a hospital were founded in the town. In 1761 Shchuchyn was granted Magdeburg Law and emblem of the city was approved. In the XVIIth century town was owned by Scipios, Drutskia-Lyubetskia.

After the third partition of the Polish-Lithuanian Commonwealth in 1795 Shchuchyn became part of the Russian Empire. In the 1920s-1930s the Church of St. Teresa, the Church of St. Michael, a post office, a guest house, shopping wings, and shops were built in the city. After the suppression of the liberation uprising in 1832 the Russian authorities closed the school along with other piarist schools. In 1888 the Drutsk-Lyubetskie opened their own woodworking factory. In World War I in August 1915, Shchuchyn was taken by German troops, who brought the woodworking plant to Germany. On January 1, 1919 the settlement became part of BSSR . According to Riga Peace Treaty of 1921, the city was part of the mid-war Polish Republic. In 1931 Shchuchyn received city status, ihospital, a teacher's seminary and a post office worked at this time in the city. After returning to the BSSR in 1939 Shchuchyn lost the status of the city. During World War II from June 25, 1941 until July 13, 1944 Shchuchyn was under German occupation and there was a Jewish ghetto in the city. A significant role in the history of Shchuchyn was played by the secret airfield, which appeared near the city in 1954. On August 31, 1962, Shchuchyn again received city status.

Shchuchyn - is a city with a long history, one of the historical centers of education and science in Belarus. To our time many religious buildings, monuments of architecture and buildings of the XIX century were preserved. At the entrance to Shchuchyn tourists are met by MiG-25 aircraft, which is a reminder of the secret military airfield that existed in the city during the Soviet era. As a tribute to the glorious aviation past of the city, aviation festivals are held at Shchuchyn, and small light-engine aircraft develop at the former military airfield. On the central square, historical building of the XIX century has been preserved, and in the center of the city old park with a fountain is also located.

In the central square, the architectural composition of the historic center of the city is complemented by Orthodox and Catholic churches. Church of Saint Theresa and the Monastery of piarists was erected in 1829 at the expense of Xavier Drutsky-Lyubetsky. Even now the monks of the Order of Piarists serve in the church. church of Saint Michael the Archangel was built in 1865 in a retrospective-Russian style with state money. Since its foundation, the temple has not ceased its activities and survived even the years of Soviet power.

The symbol of science and education in the territory of Shchuchin is piarist college, which was founded in 1785 under the direction of the famous biologist Stanislav Boniface Youngsilla. Under his leadership, one of the first in Belarus botanical gardens and a garden of medicinal plants were also founded in Shchuchyn. Another attraction of the city related to education is the state gymnasium building, which was built in 1902. At various times, the building housed a two-class teacher’s school, a Polish teacher’s seminary, a gymnasium and a pedagogical lyceum, and a secondary school. Now the education museum is functioning here, which contains materials on the activities of educational institutions that existed in Shchuchina in the XVIII – XX centuries.

In the prewar period, there was a clock tower in the central square, which was designed to protect the city from fire, famine and epidemics. In 2007, it was restored and received the name ««Big ben» of Shchuchyn».

In 1991, in Shchuchyn monument to the Belarusian poet Aloise Pashkevich better known as Ciotka was erected. Near the monument, residents and visitors of the city spend literary holidays, celebrate the anniversary of the poetess and other celebrations.