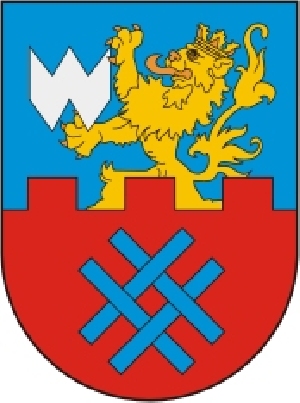 Voranava - urban settlement, the center of the Voranava district of the Grodno region. Voranava is located 133 km from the regional center and 227 km from the city of Minsk, near the Belarusian-Lithuanian border. The road M11 (Vilnius - Ivatsevichi) passes through Voranava. 1 km from the urban village there is a railway station on the Lida-Vilnius line.

History of the development - Voronovo

Voranava is first mentioned in 1536 under the name Balotnae. In the XVIth century, the center of the Catholic parish was located here, the church had 5 peasant courtyards. Status of town Balotnae received in 1591. By the end of the XVIIth century, 61 courtyards were located in the village, a church, a tavern, a brewery and a bakery were also built. At the beginning of the XVII century Balotnae was taken over by the governor of Mstislavsky A. E. Masevich, who in 1705 built here the Church of St. Tadeusz. In the 1720s, Balotnae passed into the possession of the genus Scipio. At this time, Jozef Scipio renamed the town in Verenovo, in honor of his wife Verena Firlai. Over time, the name transformed into Voranava . At 1735 Ian Scipio opened here a school and a Jesuit college, where mathematics, rhetoric, philosophy was taught (it operated until 1755, when the college was transferred to Lida).

After the third partition of the Polish-Lithuanian Commonwealth in 1795 Voranava became part of the Russian Empire. According to the results of the 1897 census, there was a post office, a medical reception room, a manufactory and 24 dairy stores, 5 forges and 7 taverns in the town. During World War I from September 1915 to January 5, 1919 Voranava was under occupation by German troops. From 1919 to 1939 Voranava was part of Poland, and then it became part of BSSR, and in 1940 the settlement was granted the status of urban settlement. During World War II from June 23, 1941 to July 11, 1944, the settlement was under German occupation. During the occupation, a Jewish ghetto functioned in Voranava.

In 1970, the town had a secondary school, music and sports schools, a boarding school, 2 pre-schools, a hospital, 2 libraries, a house of culture, a cinema, a bakery, a dairy plant, a consumer services combine, and a district association «Sel'hoztehnika»,Vocational schools of agricultural mechanization and other. In 1986 the local history and ethnographic museum began working at the boarding school, since 200, at the secondary school the history museum of Voranava began its work.

Voranava is rich in architectural monuments and significant sights, so that tourists who come here will certainly have something to do and what to see. Separate buildings of the late XIX - early XX centuries have been preserved in the urban settlement, including a synagogue building of the early XX century and pharmacist house.

Among the attractions of Voranava the main highlight is the neo-gothic Church of God of Mercy, which was built from 1990 to 2002. Another significant iconic temple of the urban settlement is church of Alexander Nevsky (1993), which until recently was the only Orthodox church in the district.

In a picturesque park of poplars and lindens, there lurks the estate of Scipio (beginning of the XXth century), which has survived to the present day. Voranava keeps the memory of the pages of the Great Patriotic War in Monument to the Unknown Soldier and obelisk of 1834 victims of the Holocaust.