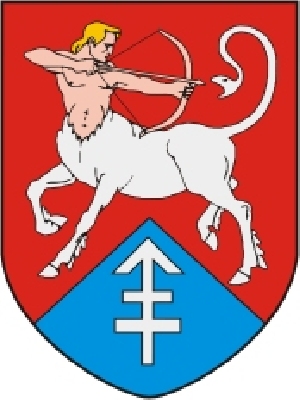 Halshany - agrotown in the Oshmyansky district of the Grodno region. The town is located 128 km west of Minsk and 194 km east of Grodno and is located near the Belarusian-Lithuanian border. Halshany are on the left bank of the river Holshanka. Highways Р48 (Vorona — Oshmyany — Yuratratishki — Ivie) and Р95 (Lyntupy - Svir - Smorgon - Krevo - Halshany) pass through agrotown.

History of the development - Golshany

Halshany is first mentioned in 1280. The settlement is also mentioned in the «Chronicle of Lithuania and Zhemoitskaya», in the «Novgorod Chronicle» under 1387 and 1406 years. From the XIIIth to the middle of the XVIth century, the settlement was in the possession of the princes Olshanski. Sophia Olshanska, the wife of the Grand Duke Jagiello, founder of the Jagiellon dynasty comes from here. In 1440 and 1492, congresses of influential feudal lords of the Grand Duchy of Lithuania were held in the Halshany Castle. From the XVth century, a church operated in Golshany, in the XVIth century second church and a Calvin monastery began to operate in the settlement. In the middle of the XVI century, Halshany came into possession of Sapieha family, who built a huge castle here, as well as a new church and residential building of the Franciscan monastery. In addition, they founded a paper mill (existed until the end of the XVIIth century). From the XVIIIth century, various parts of the Halshany were in the possession of Kuntsevichi, Masevichi, Patsev, and Zhab family.

As a result of the third partition of the Polish – Lithuanian Commonwealth Halshany became part of the Russian Empire. During the uprising of 1863-1864 it was planned that the settlement would become the center of the county uprising. In 1871 a peasant revolt took place in the town against a local citizen and Russian authorities. The owner of the Halshany castle at the end of the XIXth century was a Russian serviceman, Gorbanev, who ordered most of the castle in Halshany to be dismantled for bricks. In 1921, the village became part of Poland, since 1939 - as part of the BSSR. From 1941 to 1944 was under German occupation. In 2006 the settlement received the official status of agrotown.

Halshany can be called one of the tourist centers of the republic. The agrotown constantly attracts the attention of historians, tourists and even lovers of the supernatural. The streets and houses themselves keep the memory of the historical event’s. In Halshany the original planning scheme is preserved in the form of two perpendicularly intersecting streets, at the intersection of which trade market is located.

Franciscan monastery monumentally towers over trade markets. The temple was founded in 1618 by order of Pavel Stefan Sapega, who invited Franciscan monks and opened a monastery for them. In 1770 the monastery was rebuilt into a baroque church, and in the beginning of the XIX century a two-tier four-sided bell tower was erected in front of the church. In our time it has been reconstructed and continues to be active Catholic church. According to legend, the monastery is home to one of the most famous Belarusian ghost - White Lady. In the only tower of the monastery there is a small room, in which sometimes they see a ghost, who is called a black monk.

Another interesting temple of Halshany is St. George’s Church, which was founded in 1901 and is still functioning.

Near Golshan is also one of the main attractions of the area Halshany Castle of Sapeg. The castle was built in the first half of the XVII century as the residence of Prince Paul Sapega and was surrounded by ramparts and moats. Although the castle has been preserved to our times rather poorly, it still impresses with its size, tower fortifications, and extended walls.

Struve geodetic arc passed through Halshany, which was created in the XIX century to create more accurate maps, determine the shape of the Earth and its size. The arc itself stretches from modern Norway to Moldova. In the agrotown Struve arc Museum is functions, which is dedicated to creation of the arc and the scientific relevance of this project.

All individual and corporate tours in Golshany