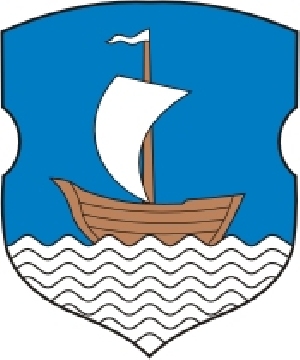 History of the development - Disna

The first settlement on the site of modern Disna dates back to the XI century as a fortress called Kopec-town. The very first written mention of Disna dates back to 1461, and the mention of the fortified settlement of Disna, located near Kopts, by 1563. In the same year, Stefan Batory starts building a castle in Disna, in order to defend himself against Russian troops, which by that time had already captured Polotsk.

After the construction of the new castle, Disna became a powerful military fortress, which was repeatedly attacked during the wars of the 16th-18th centuries. Stefan Batory has repeatedly visited Disna. Also, the city was visited by the king of the Commonwealth Sigismund III, the Russian Tsar Alexei Romanov. During the Northern War (1700-1721), Russian, Polish, Swedish troops and Cossack detachments passed through Disna.

As a result of the Second Partition of the Commonwealth in 1793, Disna became part of the Russian Empire. During the war of 1812 the city suffered greatly. The great fire of 1882 also caused considerable damage to the city. From the castle, which was surrounded by nine defensive towers, only traces of the former fortifications remained. According to the census of the Russian Empire in 1897, almost 7,000 people lived in Disna.

First of all, Disna attracts tourists with the beauty of untouched nature. Landscapes of the river edge really fascinate. It was not by chance that in this city several Soviet films were filmed. Disna is in many ways a unique city, which preserved the original German layout of the streets of the XVI century, pre-revolutionary houses, and most importantly, the unique charm of a quiet and cozy place. Red brick ruins are located on the bank of the Dvina - the former hospital building of 1902, which was badly damaged during the Great Patriotic War.

The pre-revolutionary building of the former district department is located in the center of the city, which is remarkable by the fact that in 1911 the troupe of Ignat Buynitsky, the founder of the first Belarusian professional theater, performed here. Holy Resurrection Church is located on the highest point of Disna and erected in 1864-1870. The church has a unique miraculous image of the «Odigitria» of the XVIIIth century.

Also in the city there is the Museum of the History of Disna, the exposition of which tells about the history of the city, the first settlements on the site of Disna. A separate hall of the museum is dedicated to objects of decorative and applied art and household items of the XIX - XX centuries of both Disna District and other regions of Belarus. Particular emphasis is placed on the subjects of folk crafts: weaving, weaving from the rod, needlework.

Disna is a small, but cozy and interesting city, which can be visited on weekend.