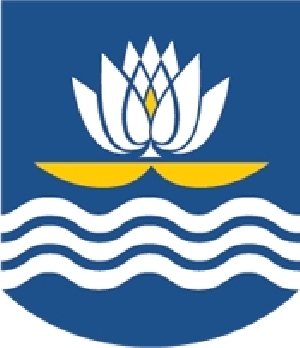 Novopolotsk - city of regional subordination in the Vitebsk region, located 6 km west of Polotsk. To the north of the city pass the highway P20 (Vitebsk - Polotsk - Grigorovshchina) and the railway line Riga - Vitebsk - Orel, on which the railway station Ropnyanskaya is located. Novopolotsk is located in the north of the republic, 240 km from Minsk and 112 km from Vitebsk on the flat terrain of the Polotsk lowland on the left bank of the Western Dvina. Together with Polotsk and the nearest settlements, the city forms the Polotsk agglomeration, which is a major industrial hub of the republic.

History of the development - Novopolotsk

With the collapse of the USSR, the industrial enterprises of Novopolotsk, which depended heavily in their raw material plan on the former Soviet republics, were forced to cease or significantly reduce production. Since the mid-1990s, thanks to the supply of cheap Russian oil, Novopolotsk enterprises began to restore production volumes and are now among the leading ones in the country.

Novopolotsk is not only the largest republican industrial, but also the cultural center of the Republic of Belarus. In memorial complex «First Tent», a barrow of labor glory, a bas-relief monument to the first director of the oil refinery, O. A. Katorov, commemorates the creators of the city and the people who played an important role in its development. Immortalized in the city memory and fighters for the liberation of Belarus from the Nazi invaders ( monument to the heroine of the Great Patriotic War to scout Lily Kostetskaya, memorial sign at the site of the death of the crew of the Soviet aircraft in 1944, the monument to soldiers-liberators who died during the liberation of the village of Troitskoe , the Monument to the Tomb of the Soldiers-Liberators of the 219th Guards Regiment). In 2002, a Monument to soldiers-internationalists was erected in the city.

The history of the creation and development of Novopolotsk can be found in the Museum of history and culture of Novopolotsk. The main pride of the museum exposition is a large-scale model of Novopolotsk and city-forming enterprises with transport branches. A glass bridge with a transparent floor is installed above the model - so you can imagine that you are looking at the city from a bird's eye view. Not far from the Novopolotsk Museum of History and Culture, you can see the bucket of the first excavator, which was involved in the construction of a young city.

The city holds an annual Republican Children's Song Festival «Hali halo», which is well known far beyond the borders of Belarus.