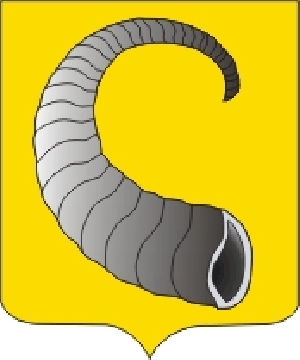 Rogachev is the administrative center of Rogachev district in Gomel region, located on the right bank of the large river Dnieper where the Drut River flows into it. The confluence of two rivers forms a peculiar angle or horn. The territory of the city and region is the Central Berezinskaya Plain in the eastern Belarus. There are healing springs of mineral waters, and therapeutic sapropelic mud of Lake Svyatoe at the territory of the district.
The city is located in the north of Gomel region, 120 km from Gomel, its regional center. Nearby large cities - Zhlobin (17 km) and Bobruisk (55 km) are located. A railway passes through the city, it connects Gomel, Zhlobin, Mogilev and Orsha in two directions. Not far from the city there is a large highway M5, which connects Minsk and Gomel.

History of the development - Rogachev

Rogachev was firstly mentioned in Ipatiev Chronicle in 1142, which is considered the year when the city was founded. During the period of inter-wars, the city was a part of Chernigov, Turov and Kiev principalities, and from the XIII century joined the Grand Duchy of Lithuania.
In XVI century the Grand Duke Sigismund I owned the city, he presented Rogachev and the entire Pinsk principality to his wife, Queen Bona Sforza. During her rule the castle was built in the city. Despite the economic growth achieved by Bona Sforza Rogachev suffered greatly during the wars between the Commonwealth and Moscow, in 1564 Rogachev castle was stormed and burned by the tsarist troops, and the city was destroyed.
After the first devision of the Polish and Lithuanian Commonwealth, the eastern Belarus and Rogachev became part of the Russian Empire, the city became the center of Rogachev province, and five years later in 1777 it became the center of the county. In 1781 Catherine II gave the city a coat of arms - a black ram's horn on a gold background.

In 1917 Soviet power was established in Rogachev. In May 1919, Gomel province was formed, which included Rogachev, in 1924-1930 it was the district center of the Bobruisk district, and since January 15, 1938 it became part of Gomel region.
At the beginning of the Great Patriotic War in 1941, a Soviet counteroffensive was carried out on Rogachev-Zhlobin line, which allowed the German army to delay the attack on Moscow, and in 1944, the legendary operation to liberate Belarusian lands Bagration began. February 24, 1944 the city was liberated from invaders.

Rogachev is a small, but very cozy city with its own special architecture, which will certainly interest the guests with the beautiful masterpieces. A monument of condensed milk is worth attention! It is a unique monument, which was established in 2013 in honor of the 75th anniversary of the «Rogachev dairy-canning plant». Condensed milk is, perhaps, one of the first associations that occurs among Belarusians and residents of the CIS for Rogachev. But it is not the only thing that the city on the Dnieper can be proud of.

You can get acquaintanted with a city from its origins - Castle hill. That was not only an ancient settlement, but also the luxurious castle of Queen Bona Sforza, which was finally destroyed during World War II.
Rogachev is especially proud of its magnificent temples. Among them there is the amazing neo-gothic catholic church of St. Anthony Padua, which was built of red brick in 1912. At the time of the Soviets, the church was used as a fire station, a granary and even an ice cream plant, and in the result of the war was partially destroyed. Restoration of this architectural masterpiece has been still lasted.
The Alexander Nevsky Church of the Byzantine style was built in 1886, but the war completely destroyed this temple. In 1989 the construction of a new church began here, it was also consecrated in honor of Alexander Nevsky.

While walking in Rogachev you can notice magnificent historical buildings that are over 100 years old. Among them building of the former Zemstvo Board in the modernist style, the house of the merchant Belsky, built in eclectic style, building of noble school, old Christian cemetery with interesting chapels. There are many memorable places in Rogachev, which are connected with the name of the Belarusian writer Vladimir Korotkevich - a memorial, the house whre he lived for some time, and the tomb of his grandmother.
Military sights plays an important pole - a mass grave, Walk of Fame, a stele, an outdoor museum of military equipment. Its history is presented in the Museum of People’s Glory, which also features unique icon collections, ancient manuscripts and books, the medallion of the last king of the Commonwealth Stanislav August Poniatowski, as well as the work of the famous artist Anatoly Kaplan.

Rogachev district has excellent opportunities for health tourism. Just 9 km from the city there is a large balneological and climatic Rogachev resort, where thousands of people with diseases of the genitourinary system, respiratory system and the musculoskeletal system improve their health every year thenks to the source of natural mineral and sapropelic muds. The health resort «Pridneprovsky» invites guests.