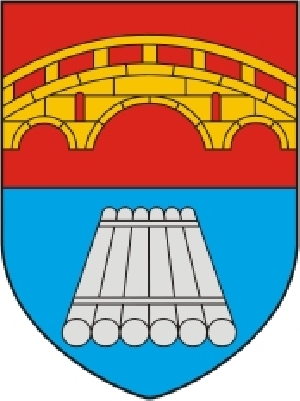 Mosty is the administrative center of the Mosty district of the Grodno region. The city is located 254 km from Minsk and 60 km from Grodno on the Neman River. The railway passes through the territory of the Mosty, the station belongs to the lines Lida - Mosty, Mosty - Grodno and Mosty - Volkovysk-Tsentralny. Also, roads P41 (Slonim - Mosty - Skidel - border of the Republic of Lithuania (Porechye), P50 (Mosty - Zelva - Ruzhany) and P100 (Mosty - Bolshaya Berestovitsa) pass through the city.

History of the development - Mosty

The first mention of this place in written sources refers to 1486 year. By this time there already existed a place that was the center of the Grodno district volost. It was a fairly large settlement, important trade routes passed through it, which influenced the rapid economic development. These include the waterway along the river. Neman and land from Brest to Vilna. Neman at that time played an important role in the life of citizens. Bridges were divided by him into two parts - the Left Bank and Right Bank. The market was located on the right side of the river and was quite versatile. In 1539 a church appeared here on the initiative of Bona Sforza.

Royal letters of the XVII century indicate that there were limited urban liberties. For example, according to the Certificate of 1633, it was allowed to bid every week, and fairs every year. By the 17th century, Mosty became the center of the county, where more than 100 families lived. Most of the inhabitants were engaged in agriculture, as well as timber rafting, which was sent to Koenigsberg itself. By the privilege of 1738 from Bishop Michael Yen Zenkovich, local Jews received the right to restore their prayer room, which suffered from a fire.

After the Rzecz Pospolita sections in 1795, Bridges became part of the Russian state. On the territory of Western Belarus, to which this area belonged, Magdeburg law was abolished, and the population lost certain rights. The burghers were forced to pay all the duties that were characteristic of the serfs. At various times, the owners of the town were the vice-governor Volkov, the adviser of Litk, Chevalier Dalle, the inspector Muravyov and other representatives of the Russian Empire. In the middle of the XIX century there were a church, two synagogues, Jewish prayer houses, a public school, shops and inns. Not far in the estate actively developed a distillery. At the same time, there was a need for the construction of a shipyard and the further development of timber processing. Various enterprises are opened in these areas in the territory of the town. As a result, the cargo went to the Baltic Sea itself.

It was hard for the locals during the 1812 war. It was right next to the town of Bridges that the crossing over the Neman was built, which was first used by the Russian troops and then by the French. The hero of this war, Denis Davydov, who was entrusted with the liberation of the Grodno region, distinguished himself. The war did not prevent the development of industry and at the beginning of the 20th century a railway was built across Mosty, which linked the settlement with the larger industrial centers. With the start of World War I , a long and difficult period began: the occupation by German and then Polish troops, the transfer to Poland, the activities of Polish officers. Only in 1939, the Grodno region was returned to the Byelorussian SSR. However, another 3 years of German occupation in the World War II period were waiting for us.

After the war, Bridges began to restore their economic and cultural life. They set up the work of enterprises, educational institutions and social development. Already in 1955, by the Decree of the Supreme Soviet of the BSSR, the settlement Mosty received the status of city . Today, this is a fairly developed regional center, where large enterprises, schools, the House of Culture, a cinema work, multi-storey residential houses have been built, and a suspension bridge has been built across the Neman.

Mosty is a beautiful modern district center of the Grodno region. On its territory you can see beautiful landscapes, both urban and natural. Especially attractive to look the mighty Belarusian river Neman. In this city you can stay in hotel, take a walk through the streets or go to a cafe. It is worth noting that there are some sights that are worthy of attention.

If you come to the city of Bridges by train, then the first train station will meet you. The building was built in the first half of the XX century and is a bright two-story structure, which surprises with its appearance. Also here you can see the majestic temples of two religions: Catholicism and Orthodoxy. Unfortunately, the Jewish prayer houses are not preserved. In the neogothic style characteristic of Western Belarus, the Church of the Mother of God was built. This is a fairly modern building, made in compliance with all the canons of the chosen style. Similar to it is the Orthodox Church, built in the early 90s. Red brick gives it a special atmosphere. It is worth noting that in the city of Bridges there is also a Protestant church. Another attraction of the city is the unique suspension bridge across the Neman River. Its length reaches almost 200 meters, and the width is one and a half. Connecting the two parts of the Bridges has long since begun a major automobile bridge, however, no one forgets about this either. A walk along it is worth every guest of the city, especially in windy weather.

Mosty - a city with a developed cultural sphere. Here often hold various events, creative contests. The House of Culture, the library and the school are actively working. Often there are exhibitions of folk art and private craftsmen, as well as celebrations of the religious and secular calendar are massively celebrated. Coming to Bridges is a good option for relaxing and having fun.