Belarusian excursion portal Ekskursii.by invites you to visit the most mysterious places of Belarus. Here you can plunge into the atmosphere of mysterious mysteries and secrets that still disturb the minds of many people.

Mystical tourism is a relatively new and dynamically developing form of tourism, to places where ghosts and other mysterious creatures dwell. Mystical excursions are designed for those who like to tickle their nerves. Please note that ordering mystical excursions is also possible as part of excursion tour or corporate event.

Ghost of the Loshitsky park 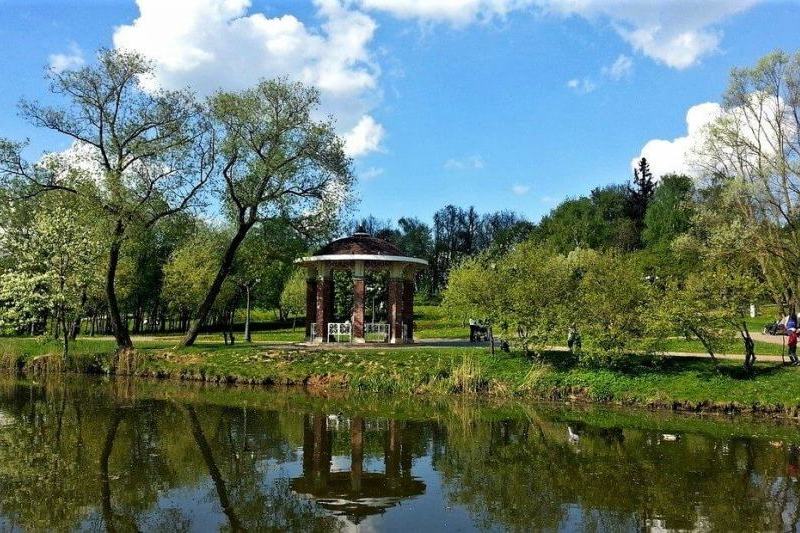 The most famous ghost of Minsk dwells in the Loshitsky Park. According to the legend, this is the last mistress of the estate, the beautiful Yadviga Lyubanskaya. Owner Loshitsa pan Eustathius Lubansky married at 37 years old at the age of twenty Yadviga Kinevich daughter of the head of Mozyr szlachta. Beauty, exquisite manners and well-readness have made Yadvig Lubansky the heroine of Minsk balls and receptions, which were arranged by the aristocracy of Minsk. A married noblewoman had the misfortune to fall in love with a Russian official - the Minsk governor-general A.N. Musin-Pushkin. The situation was extraordinary and dramatic, the whole Minsk light was talking about the novel, relatives were indignant. The governor, who was distinguished by liberalism, on the eve of the revolutionary events of 1905, was recalled to Petersburg. Since then, several times a day, a dispatch from the capital of the empire began to arrive in Lositsa, which could not but anger the legitimate husband of Yadviga.

One evening, perhaps after a quarrel with her husband, Yadviga ran out of the house and headed for the river. What happened next, no one knows: maybe she herself rushed into the river, perhaps it happened by accident. After a while Evstafy Lubansky, who went along with all his servants in search of his wife, found the lifeless body of Jadwiga in the river near the manor. Since then, the specter of the last mistress of the estate began to notice in the park. On clear nights, every spring, during the blooming of Manchurian apricot, an unusually distinct silhouette of a woman in broad white clothes appears in the park and predicts to couples in love how their common life will develop. 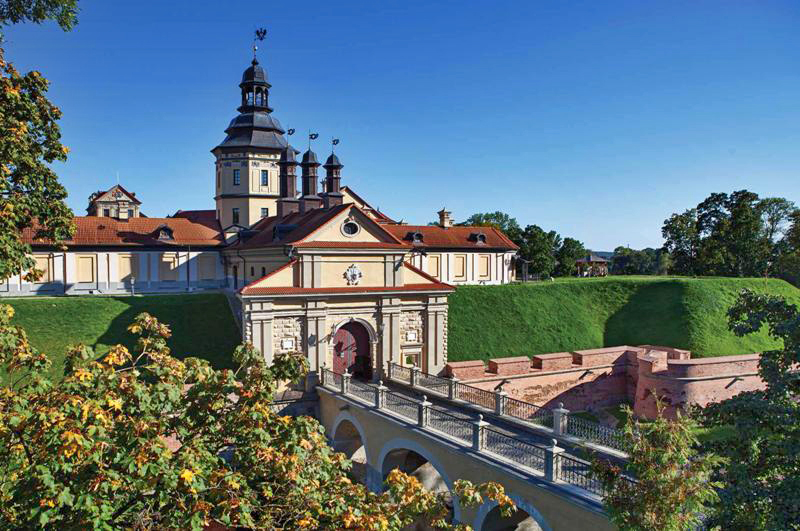 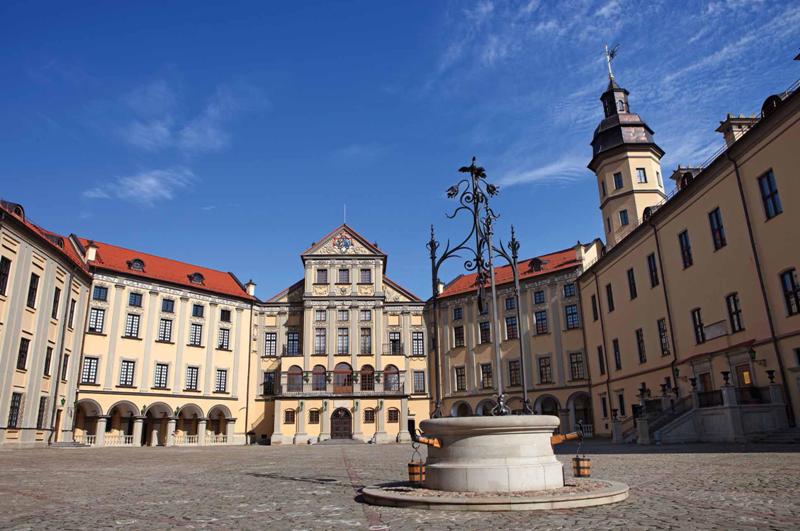 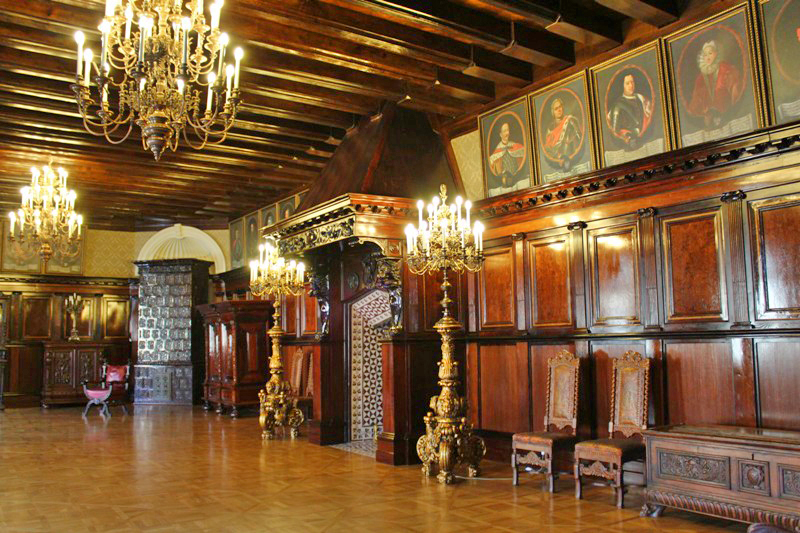 The legend of the Black Lady is one of the most beautiful and mystical legends of Nesvizh. It is based on a romantic and, at the same time, tragic story, which actually took place to be. Barbara Radziwill is a representative of the influential magnate family of the Grand Duchy of Lithuania mystery married Sigismund is the future king of the Polish-Lithuanian Commonwealth. The court did not know about the marriage of the young king, so the court sought a bride from the noble families of Europe. The news of the King's secret marriage burst like a bolt from the blue. Especially unpleasant was she to Sigismund's mother - a proud Italian, Queen Bon Sforza. Bona Sforza as could have prevented the coronation of Barbara. When the Sejm still crowned Barbara, Bona Sforza acted like a real Italian. With the whole yard, she moved to Italy, but left a doctor who prepared poison for Barbara. Barbara was crowned in December 1550, and six months later she was gone. She was buried in Vilna. All the way from Cracow the inconsolable king walked on foot behind the coffin of his beloved.

Killed by grief Sigismund, did not want to reconcile with her death. The king decided with the help of alchemists and magicians to summon the soul of the deceased spouse. According to the rules, during the spiritualistic session, the king should not have touched the ghost of Barbara. When the spirit of Barbara appeared in the room, the king could not resist, rushed to his beloved with a cry "My Basya..." and touched her. At that moment, an explosion exploded in the room, followed by a cadaverous smell ... It is said that since then the ghost of Barbara can not find peace. The specter after the death of Sigismund settled in Nesvizh Castle. According to legend, with the appearance of the soul, Barabari warns about future troubles. She was seen in the Palace on the eve of World War II, as well as on the eve of a violent fire in 2002, when most of the palace was burned down.

In the Mir castle, located near Nesvizh, gloomy silhouettes of ghosts were also seen. One of them is Sofia Svyatopolk-Mirskaya an inoffensive ghost, and the second evil spirit of Dominic Radziwill, who died in 1813. It is rumored that the ghost protects the treasure hidden under the earth. 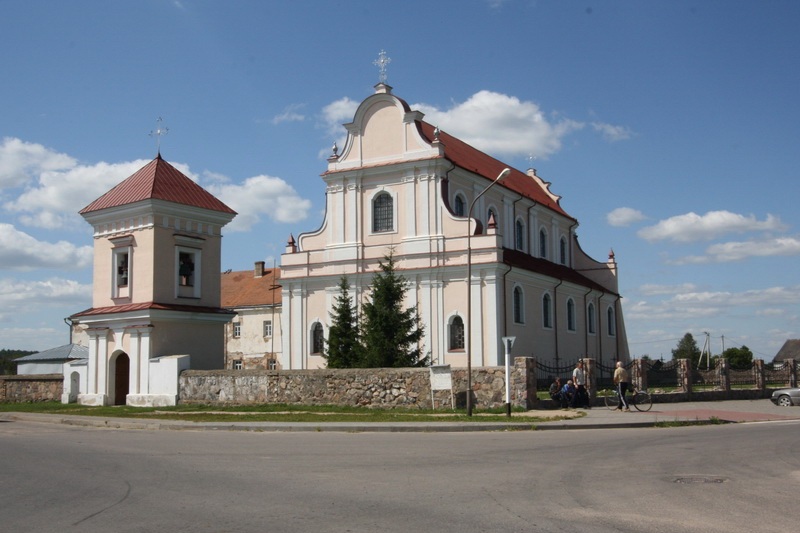 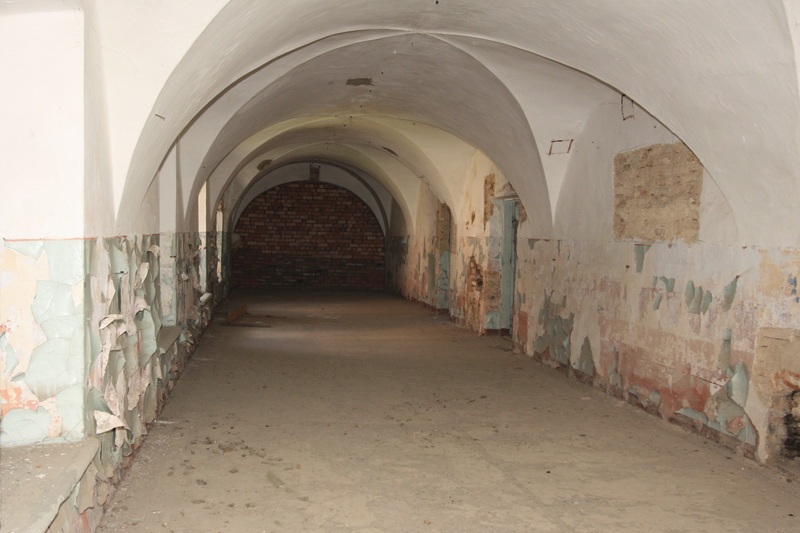 n the most mystical place of Belarus Golshany live some ghosts. In the monastery of the Franciscans lives the spirit of the White Lady. According to legend, during the construction of the monastery one of the walls was constantly collapsing. Then the tycoon Sapieha, the owner of the town of Golshany, threatened the builders with a hard punishment if the construction was not completed on time. On the advice of the sorceress, the masons decided to sacrifice the human - the wife of one of the architects, who, before others, will come with dinner. The very first to his wife came a young girl. Her builders walled up alive. Cases immediately went into harmony, and on August 6, 1618, two large objects were built: a church that was consecrated in the name of John the Baptist, and a Franciscan monastery. Since then, the building of the monastery has never been destroyed, not rebuilt.

In 1997, during the cleaning of the cellars under the wall of the monastery, two workers found a female skeleton. Builders collected the remains in a box and intended to later bury them, but lost. Since then strange things began to happen in the monastery. Workers died under strange circumstances, and the wall gave an impressive crack. Squeaks, rumbling gratings, groans were heard many times by museum workers and travelers who risked staying at the monastery for the night. Some even saw a ghost in all descriptions there appears a white decaying dress, an elegant neck, large and very sad eyes.

Another cast of Golshan lives in dilapidated castle. According to legend, the homeless young fellow Gemislav Valyuzhinich fell in love with the noble princess Ganna-Gordislava Golshanskaya. The girl responded to the boy and the couple began to meet secretly. When the princess's father learned of the secret meetings, he ordered the young man to be walled in in one of the castle walls. Since then, along the galleries and basements of the castle, the shadow of the Black Monk (so called by the locals) has been restlessly wandering, giving fear to random passers-by. According to numerous eyewitnesses, the ghost of the Black Monk appears regularly on moonlit nights on the ruined walls of the castle in the form of a black shadow.

A mystical excursion to Golshany can be combined with excursions: Zaslavl-Krevo-Golshany, Architecture of Naliboksky Krai 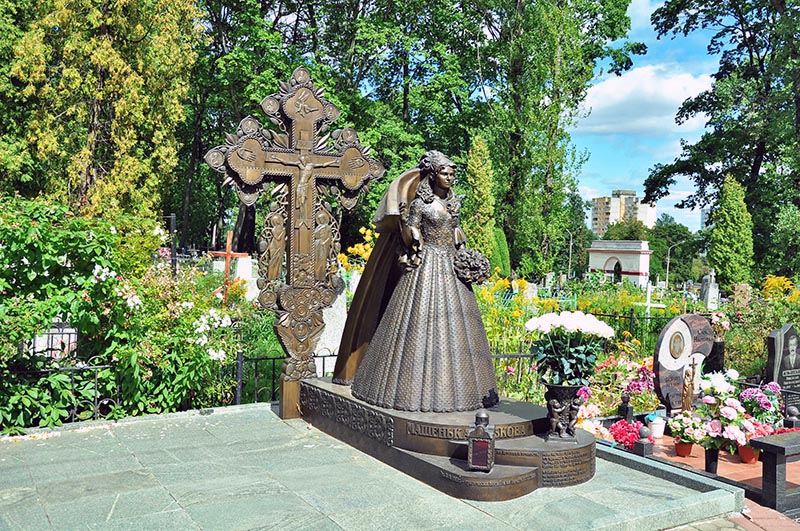 Interest in the topic of death and the afterlife, every year, is gaining more attention from tourists. Excursions through the cemeteries are included in the ratings of the most popular in the whole world. In Minsk such excursions are conducted along the Eastern and Kalvariya cemeteries.

Kalvariya cemetery is the oldest surviving in Minsk. According to the official version, he is about 170 years old. According to other sources, the burial site has been in operation for more than 600 years. In the cemetery, the poet Yanka Luchina, the artist Valentin Vankovich, the political and public figure Vaclav Ivanovsky, and also the soldiers of the Napoleonic army and the victims of the Bolshevik terror are buried in Kalwariya. During the First World War, the Austrian soldiers who died in captivity were buried in the cemetery, and later the Polish soldiers of the war of 1919-1920. During the Great Patriotic War, 3,000 Jews from the Minsk ghetto were buried in Kalwaria. However, many tourists are attracted not only by old graves, but also by the legend of the ghost of Kalwaria - White Pyanenka. According to legend, at the end of the XIX century, one girl fell asleep with a lethargic sleep, but others thought that she died and was immured in the family crypt in Kalwaria. Waking up, the girl could not get out of the boarded up coffin. Since then, in late November nights, her ghost wanders around the cemetery. Despite the fact that the crypt was destroyed, the white figure does not cease to appear on the graves.

Tour of Minsk cemeteries can be combined with Sightseeing tour around Minsk, Excursion around the evening capital

Get advice on the organization of excursions with a visit to the objects of mystical tourism using following ways:

If you did not find a suitable option among the proposed options, send us a request for organizing the excursion, indicate your wishes for the trip, within 24 hours our specialists will send you offers.