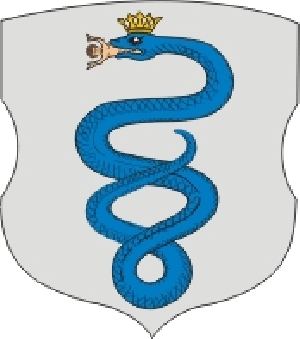 Pruzhany is the administrative center of the Pruzhany district of the Brest region. It is located on the Mukhavets river, 89 km northeast of the city of Brest, 11 km from the railway station Oranchitsy (on the Baranovichi - Brest line). Located at the intersection of the highway Slonim - Ruzhany - Pruzhany - High P85. reveal all text

History of the development - Pruzhany

The first historical references to the town of Pruzhany dates back to 1433, but it became famous later, in 1487. In 1589, the place was granted Magdeburg Law together with the statute of the city, seal and coat of arms. Throughout its history, the city had several emblems, but in 1998 the ancient emblem was recreated and now it is the main symbol of the city.

During the First World War Pruzhany was in the frontline zone and in the spring of 1915 the district was occupied by the troops of Kaiser Germany, who exported everything that had value.

During the Great Patriotic War, two partisan brigades operated in the district, each cosisted of several units. There was an underground printing house, which has been working smoothly since 1942, changing its location several times. Pruzhany were liberated by units of the 28th Army of the 1st Belorussian Front on July 17, 1944.

In 1959, the Pruzhany layout scheme was developed, ordering the irregular grid of streets. As a result, the city has 3 planning areas: southern, western and eastern. In 1974, a general city plan was developed at the Minsk branch of the Central Research and Design Institute of Urban Planning.

The city has retained many unique attractions. For example, a manor built in the middle of the XIX century. In 1998, the Pruzhany District Local History Museum was located there, a little later the concept and name of the museum was changed. Now it's Pruzhany palatsyk - manor Shvykovskih . Near the museum there is a monument of wooden architecture – Pruzhany pharmacy, which was built in 1828.

In the second half of the XIX century in the city was built Pruzhany Catholic Chapel (1852), a little later, in 1857, they began to erect Pruzhany Cathedral of Alexander Nevsky, and in 1878 Pruzhany Church of the Assumption of the Virgin Mary was built.

Another interesting place in the city - Retail shops in Pruzhany - an architectural monument with elements of baroque and classicism, it is a vivid example of monumental architecture, there are few such monuments in Belarus.

During visits to historical sites, city guests can visit water park in Pruzhany. There are rides, saunas, a jacuzzi there. For visitors are also provided the services of a gym, massage chair, games of billiards, table tennis, badminton.